Champion India retained the  Asia Cup with a three-wicket win off the last ball against a fighting Bangladesh who were anchored by a maiden hundred from opener Liton Das in Dubai on Friday. Stand-in India skipper Rohit Sharma praised his players for handling pressure well beside playing quality cricket throughout the tournament.

“I have been part of games like this before and credit to the guys in the middle to handle the pressure and to cross the finishing line was a fantastic effort,” he added.

Dhoni, behind the stumps, collected the ball with ease and made no mistakes as he whipped off the bails in a flash, leaving Mortaza stranded.

Courtesy his exploits in the Asia Cup final, Dhoni (184) has now extended his lead for most stumpings in international cricket. Dhoni is followed by Kumar Sangakkara (139) and Romesh Kaluwitharana (101) in the list. 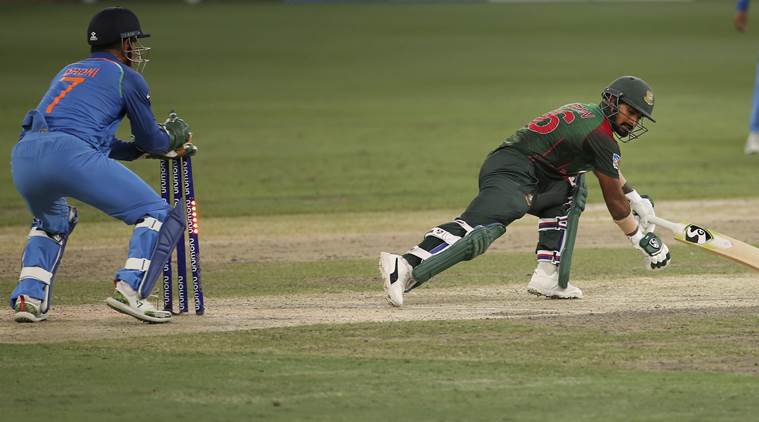 On the other hand, commenting on the match, Bangladesh captain  Mashrafe Mortaza said, “We bowled really well, particularly if we made 240+. We asked the batsmen to make at least 260, but at the end of the day the bowlers did really well.”

“I wanted to bowl the quicks first because I wanted to restrict the runs since they were going after us and trying to play shots at that stage,” he added.