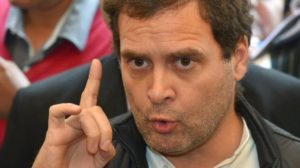 Autocrat. Incompetent. Arrogant. These are some of words Congress chief Rahul Gandhi used to attack Prime Minister Narendra Modi while speaking to parliamentarians from the Congress party today. Gandhi, who was addressing his first Congress Parliamentary Party meeting as party chief, used the opportunity to target the Modi government on issues ranging from economy and unemployment to women’s safety and mob lynching. When Narendra Modi was elected prime minister in 2014, he had said that “India had been a slow ‘passenger train’ for seventy years after Independence and now under his guidance and rule the country would become a sleek and shining ‘magical train’ destined for ‘achhe din’,” Rahul said at the parliamentary meet.

“Four years of Modi rule later, sadly, India today looks more like a train that is being driven to disaster by an autocratic, incompetent and arrogant driver, who does not care what happens to the passengers he is responsible for,” Rahul said in his sharp attack on the prime minister.”The crisis of governance in India under the Narendra Modi government — marked by corruption, total economic failure, incompetence and spread of social divisiveness — is at its peak,” Rahul said. 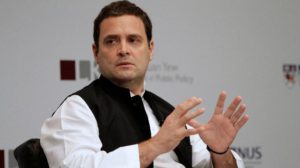 Ending his speech to his party MPs, Rahul reiterated his goal of preventing PM Modi and his Bharatiya Janata Party from coming to power and said that it had become the Congress’s responsibility “to ensure that the forces of hate, division and violence that are trampling upon the Constitution of India are prevented from coming back to power.”