Where exactly does the Congress stand in Delhi? Is it the so-called fulcrum of the incipient anti-BJP alliance that’s going to take on Narendra Modi in the next election? Or, is it the B-team of the BJP, an opportunistic party plying its politics on the old principle of an enemy’s enemy being a friend?
The current stance of the Congress on the ongoing tussle between the AAP government and the Centre underlines its philosophy of supporting the BJP when it suits its objectives—either by echoing its voice or through silence—even if it means jettisoning the Opposition for its own political gains. 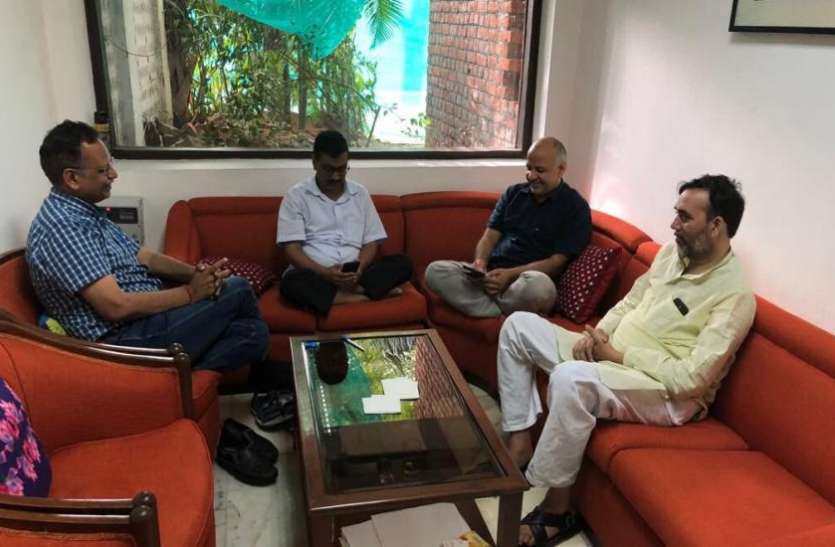 The Congress is trying to forge an alliance with regional parties by calling the BJP a “threat to democratic institutions.” It has given a call for unity claiming the BJP has no respect for democratically elected rivals and is out to destroy the country’s federal structure. If the Congress really believed its rhetoric, Delhi would have been an ideal case for standing up for the AAP, democracy and federalism. But, the Congress—adept at opportunism, U-turns and compromises that suit its politics—has preferred to either castigate the Delhi chief minister or remain silent.

Its reaction has been limited to calling Kejriwal’s dharna a “drama” to distract from the water crisis in Delhi. However, it has not said a word about the validity of Kejriwal’s demands, the allegations of strike and non-cooperation by bureaucrats. Its leaders have not said a single word about the legality of the decision of the IAS officers to not attend meetings of the Delhi government, thus bringing it to a standstill. In short, it has not taken an ideological stand based on the merits of the case, thus supporting a status quo that helps the BJP.
But, if other regional parties are watching closely, they should notice two things about the Congress. One, it will swing from one ideological position to another, depending on what serves its interests more. Two, it will try its best to destroy a regional party that could become a future challenge, even if it implies singing the BJP’s tune.