The West Bengal ruling party has reached out to community leaders, asking them to urge Muslims to refrain from displaying weapons in processions on the 10th day of Muharram.

The ruling Trinamool Congress party in West Bengal on Thursday urged the Muslim community not to display weapons in processions during Muharram, which falls on September 21 this year. Some Shia Muslims flagellate themselves with chains and swords on Muharram to commemorate the killing of Prophet Muhammad’s grandson Hussain in the Battle of Karbala in the 7th Century.

“We have reached out to leaders of the community to ensure Muharram is observed in a way that does not hurt sentiments of members of other communities,” Trinamool Congress MP Idris Ali said.

The Bharatiya Janata Party welcomed the TMC’s initiative. “We welcome the move. It marks a moral victory for us,” said BJP Bengal unit president Dilip Ghosh. 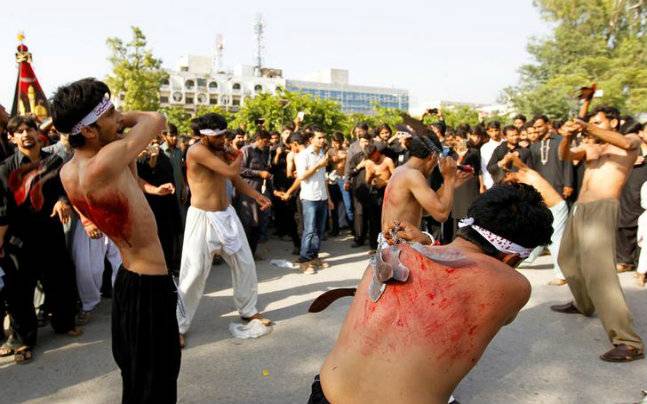 Several influential imams have advised Muslims not to carry weapons on Ashura, the 10th day of Muharram, which falls on September 21.

“Muharram is our mourning month. Please do not indulge in the display of sticks and swords during processions. These have nothing to do with Islam… Please do not do anything that strengthens the hands of the communal and divisive forces,” said Kolkata’s Nakhoda mosque imam Maulana Shafique Qasmi at an event Ali on Wednesday.

Rashidi had won praise earlier this year when he urged for peace even after his son was killed in a communal clash. His appeal calmed tensions.

One thought on “West Bengal: Trinamool Congress Asks Muslims Not To Display Weapons During Muharram Processions”