We all are familiar with the humour and the satirical side of Rishi Kapoor that he showers on Twitter time-to-time, and also of his funny takes on recent of the controversies in India. Whether it’s a comment on the government at the power or the opposition, he has come down hard on all of them. He’s also known for taking a stand, but in his latest of Tweet that stands is kind of missing.

The latest is a now-deleted tweet that Kapoor put-up. It was a picture of Ranveer Singh with Karan Johar’s face between his hands as he leans in for a goffy Ranveer-esque public display. Kapoor captioned this picture “Ranveer Singh has announced that if Karni Sena tries to stop the release of Padmaavat, he will do Johar”. 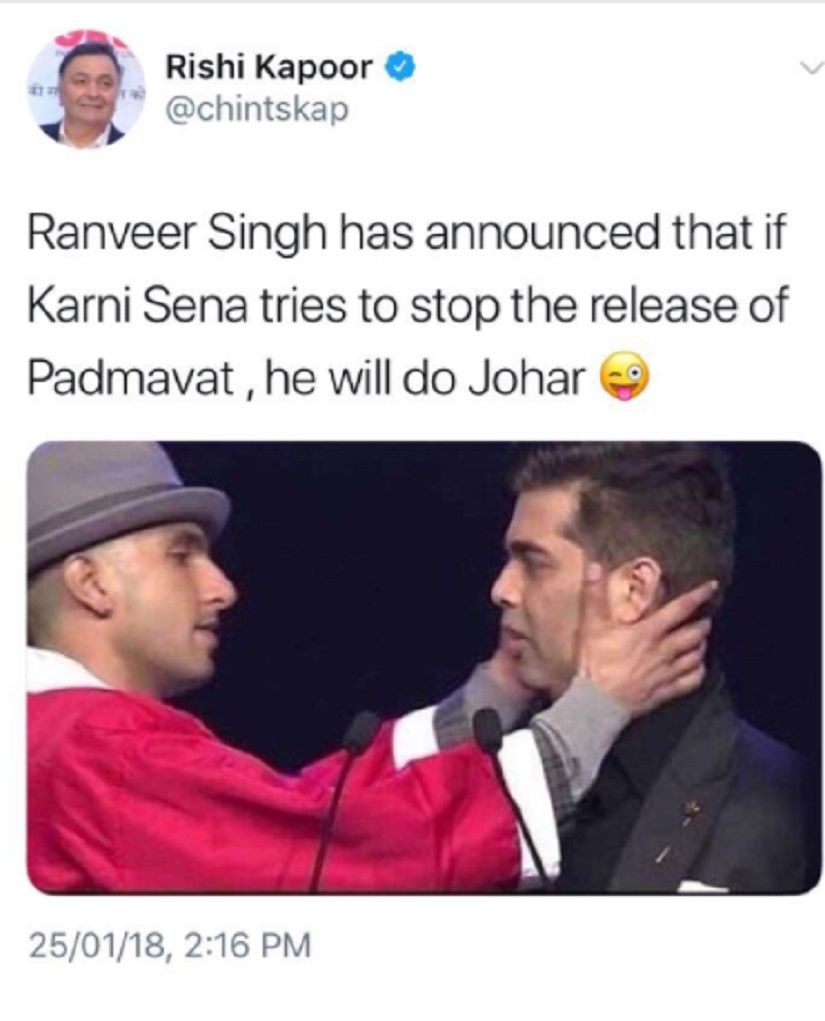 Kapoor deleted the tweet swiftly thereafter, but alas, the internet never forgets. The Tweeple started replying to Chintu Uncle asking him whether he’s drunk and what he’s smoking (as per usual).

There was the infamous Rahul Gandhi tweet after which there was his F*ck y**, b*tch tweet which resulted in making the hashtag #BlockBesharamRishi trend. Then there was his J&K tweet. Let’s also not forget the tweet about wanting a repeat of Sourav Ganguly’s act from the women’s cricket team.