Children from Classes 2 to 12 were in the bus of GD Goenka World School. The youngest children are heard crying in a mobile video after Padmaavat protesters stoned the bus.

Little children crouched on the floor, some with their hands clamped on their mouth in fear, as a mob protesting against the film Padmaavat threw rocks at their school bus in Gurgaon near Delhi.

Children from Classes 2 to 12 of the GD Goenka World School were in the bus, along with teachers and staff. The youngest children are heard crying in a mobile phone video that captured several terrifying moments on the bus, caught in the mob violence.

Teachers and students were seen in the video on the space between the seats, ducking to take cover from the hail of stones. A teacher had her arms wrapped around a frightened girl. The school bus was right behind a state-run bus that had been set on fire by the mob this afternoon.

After the attack, the seats were filled with shards of glass. The police could not help the group, the teachers and staff complained. 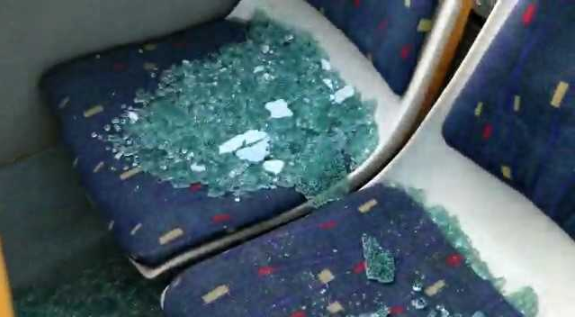 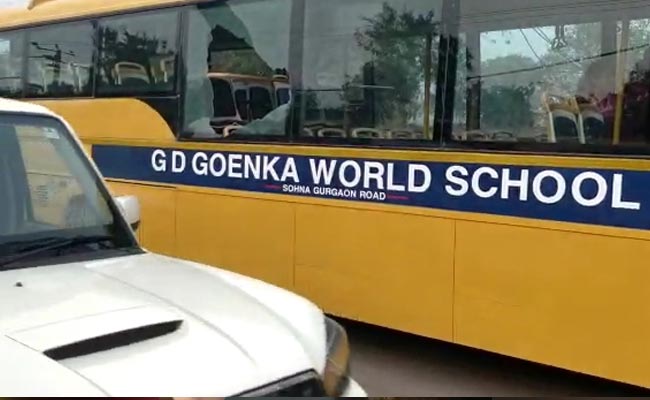 “There were policemen, but no one was listening to them. The protesters didn’t care,” said a teacher.

COMMENTSPadmaavat is set to be released tomorrow but groups like Karni Sena have vowed to block the film at all costs, in defiance of Supreme Court orders.

Violence and arson has been reported from parts of Haryana, Gujarat, Rajasthan and Uttar Pradesh — the states that had initially banned the movie.