As per the voter slip, Indian cricket team skipper Virat Kohli’s name has been registered under Sahajanwa Assembly segment in Gorakhpur where Lok Sabha bypoll is scheduled to be held on March 11.

The discrepancy is not limited till here as election officers, who are no more, have also been deployed on election duty. Counting of votes for Gorakhpur Lok Sabha bypoll  will be held on March 14  with Kohli’s voter number given as 822. 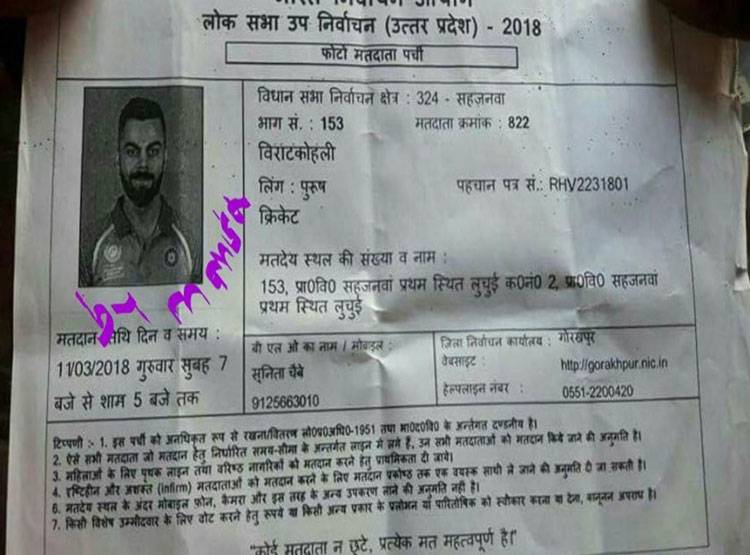 The admission, complete with the skipper’s photo, has puzzled officials who ordered a probe.

Sub-Divisional Magistrate Pankaj Srivastava said an investigation has been launched into the mix-up.

What is your opinion on this irresponsibility by the government of India, If you have something to share with us then do share with us in the below comment section