As fate calls in, nobody can run from it. The same saying was witnessed in the Chinese electronic shop when a man decided to check the battery of an iPhone, and we bet the taste he gets was sour. This man decided to take the litmus test of the phone, ruptured and caused a small explosion. The whole scene was captured in the store’s CCTV cameras. The video was uploaded to Miaopai, a Chinese alternative to Vine, which is now defunct. It has since been viewed over 4.69 million.

According to Taiwan News, the man was in the store to replace his iPhone’s battery. It’s not clear which store he was in, but the side of the shop signs read “Professional screen change.” The man then starts to introspect the battery and, to check if it was real, decided to bite down on it, triggering the explosion. Despite the fact, the explosion was inches away from the man’s face and onlookers, no one was reportedly injured. 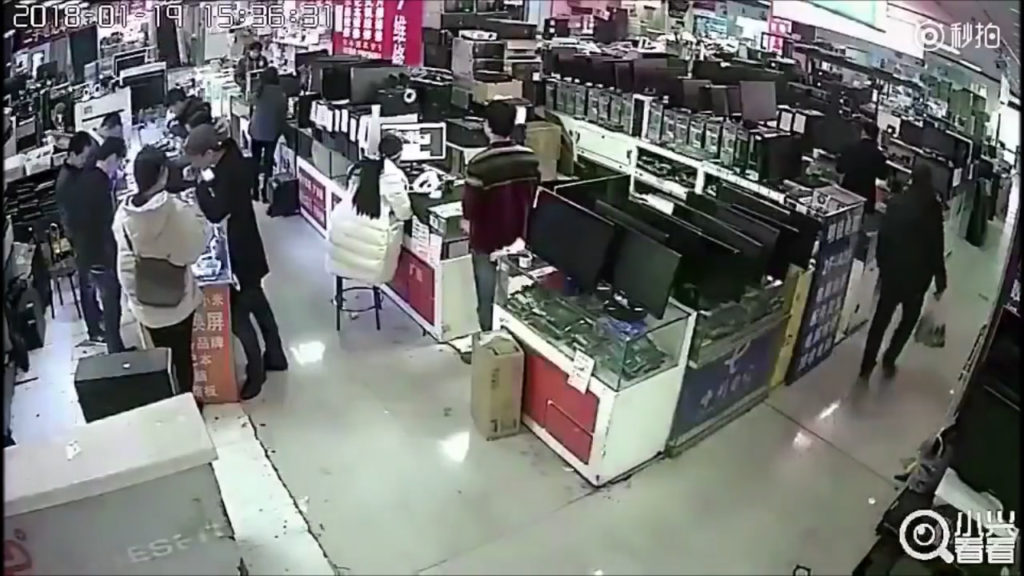 “The battery is not gold, why are you biting it?” a Chinese netizen joked

While it’s true that faulty and counterfeit lithium-ion batteries may sometimes explode or simply overheat, this man’s method of testing the battery was pretty suspect, as we won’t know whether the battery exploded because it’s fake or because he damaged it with his teeth.