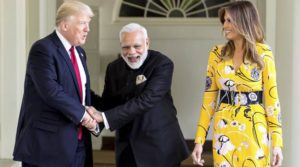 US President Donald Trump wanted to help Narendra Modi find a wife. According to a report by Politico, he had inquired whether or not Modi would be bringing his wife along on his 2017 visit to the White House. On being told by his national security aides that Modi and his wife, Jashodaben, had been separated for decades now, Trump, allegedly joking, said: “Ah, I think I can set him up with somebody.” 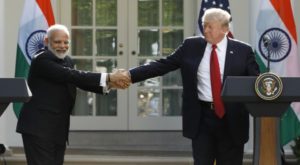 The mysterious figure of Modi’s wife — Jashodaben Chimanlal Modi, now a 66-year-old retired school teacher, has eluded mainstream discourse even in the Indian media. They were married at a young age by their families in Vadnagar, Gujarat in 1968 — a practice common for the Ghanchi caste in the area. 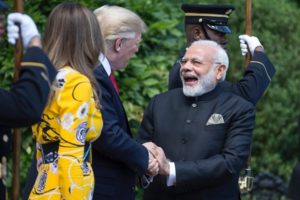 For Trump, however, the matter was of less sensitive significance. The President’s effort at match-making, the same article reports, is just one of the many diplomatic faux pas he has made in his controversy-riddled 20 months in power. The article mentions instances where Trump has repeatedly tried to call Japanese Prime Minister Shinzo Abe at inappropriate hours of the night, as well as his “awkward meetings” with global leaders.