Tinder officially announced today that it’s launching a service called Tinder U, a version of Tinder that’s only available to college students. To log in to the feature for the first time, users must have a .edu email address and be geolocated on campus. The functionality is exactly the same as regular Tinder, although the UI looks slightly different: a badge depicting users’ universities will be displayed on their main profile image.

The service will be rolling out to iOS devices at four-year, accredited, not-for-profit schools in the US, Tinder says. Its parent company Match Group, Inc. first announced this product during its quarterly earnings call a couple weeks ago, when it also said Tinder accounted for most of the company’s revenue growth. There were 3.8 million paying Tinder users in Q2 2018, versus 1.7 million at the same time last year. 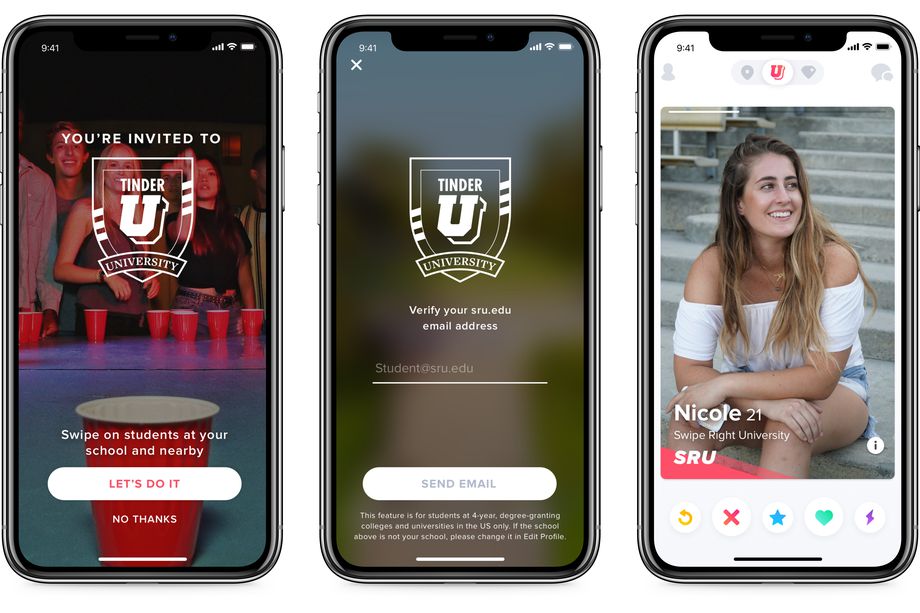 It’s easy to see why Tinder would want to appeal to college students directly. Colloquially, I’ve heard students already regularly use the app to meet people, so segmenting them off and making it more centrally focused on their campus life makes sense. Tinder’s marketing frames the service as ideal for finding a study buddy or someone to hang out with on the quad. Also, if Tinder can build in a new dedicated user base of 18-year-olds, it can also start converting them to paid users sooner. Facebook employed a similar strategy when it first launched. The platform required a .edu email address to build out a loyal college following before opening widely a few years later. The opposite is happening with Tinder: everyone can use it, but college kids now might want a safe haven from creepy older people.