Michael Avenatti told MSNBC’s Morning Joe programme that Stormy Daniels, whose real name is Stephanie Clifford, wanted to “tell her story” of her relationship with Trump.

Asked if Clifford had been physically threatened, Avenatti said “yes,” but he declined to say by whom.

Avenatti said more detail would be revealed in an interview taped with CBS News’ 60 Minutes.

“There’s the act and there’s the cover-up, and the American people are going to learn about both in the interview and beyond,” Avenatti said. 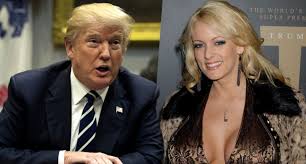 White House press secretary Sarah Huckabee Sanders told reporters on Friday that she had no knowledge of the situation and had not spoken to the president about it.

But, she said, “obviously we take the safety and security of any person seriously” and “certainly would condemn anyone threatening any individual”.

Sanders has previously said Trump has made it clear that allegations of an affair with Clifford were false.

Clifford wants to invalidate a 2016 non-disclosure agreement under which she was paid 130,000 dollars to keep quiet about her alleged relationship with Trump.

She filed a lawsuit in Los Angeles claiming the “hush agreement” that was signed days before the presidential election was legally invalid because it was not signed by Trump.

The lawsuit refers to her beginning an “intimate relationship” with Trump in 2006 that continued “well into the year 2007”.

Clifford has also previously denied through a lawyer that the two had an affair, but Avenatti has said that was to meet the terms of the non-disclosure agreement.

Trump’s attorney Michael Cohen has denied there was ever an affair.