North Korean leader Kim Jong UN and U.S. President Donald Trump shook hands and smiled cautiously as they met at their historic summit in Singapore on Tuesday, in which the two men will look for ways to end a nuclear standoff on the Korean peninsula.
“Nice to meet you Mister President,” Kim said as he sat alongside Trump, against a backdrop of North Korean and U.S. flags, beaming more broadly as the U.S. president gave him a thumbs up. Trump said he was sure they would have a “terrific relationship” 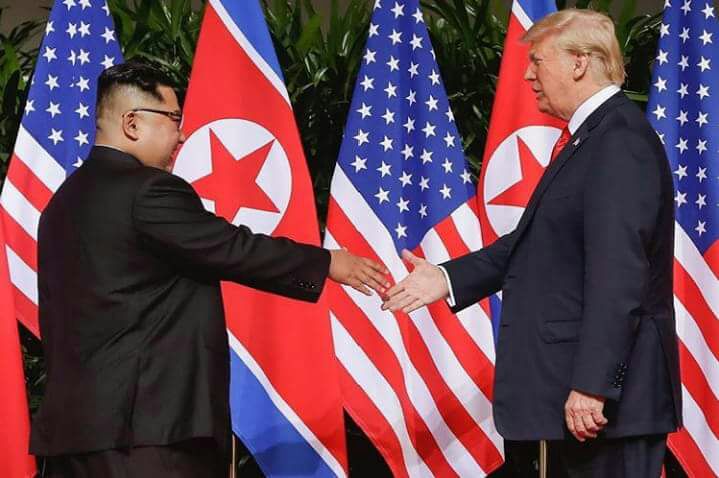 With cameras of the world’s press trained on them, Trump and Kim displayed an initial atmosphere of bonhomie. “I feel really great,” Trump said. “It’s gonna be a great discussion and I think tremendous success. I think it’s gonna be”. Kim replied: “Well, it was not easy to get here. The past has … placed many obstacles in our way but we overcame all of them and we are here today.”
The summit was part of a “changed era”, North Korea’s state-run KCNA news agency said in its first comments on the event.