Two people suspected to be infected with the brain-damaging Nipah virus are under treatment in Karnataka, a health official said. The rare virus has killed at least 11 people in adjacent Kerala, where medical crews are scrambling to manage the spread of the deadly disease – and to minimise panic.

Symptoms of the virus surfaced in a 20-year-old woman and a 75-year-old man in the port city of Mangalore after they travelled to neighbouring Kerala and had contact with infected patients, said Rajesh BV, a health official in Karnataka on Wednesday.

“They are not confirmed Nipah cases yet, so there is no need to panic,” he said by telephone. “The situation is under control.”

Nipah is a rare virus spread by fruit bats, which can cause flu-like symptoms and brain damage. 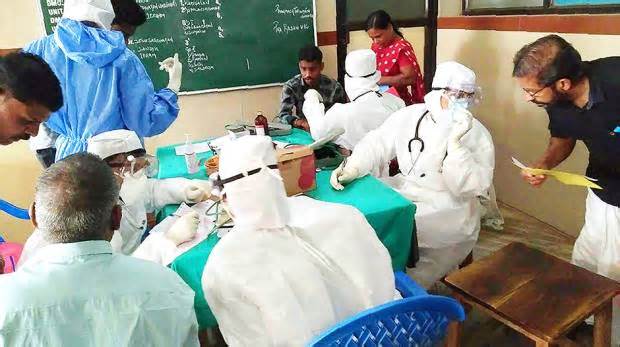 The Nipah virus or NiV infection has symptoms like breathing trouble, brain swelling, fever, headache, drowsiness, disorientation and delirium. A patient can fall into coma within 48 hours. It travels through direct contact with a patient.

Kerala is on high alert over the infection and two control rooms have been opened in Kozhikode. A central team has also been sent to the district to help the state administration.

Travel to Kerala, a popular tourist destination, was however declared safe by Rajeev Sadanandan, a state health official, who said the outbreak “remains highly localised”, with all cases linked to one family.

He declined to comment on the Mangalore cases, but identified the districts of Kannur, Kozhikode, Malappuram and Wayanad for tourists in Kerala to avoid, as being close to the outbreak and under scrutiny by health officials.

“Since there are many foreigners who travel to Kerala, we are advising they can avoid these districts for abundant caution,” he told Reuters. 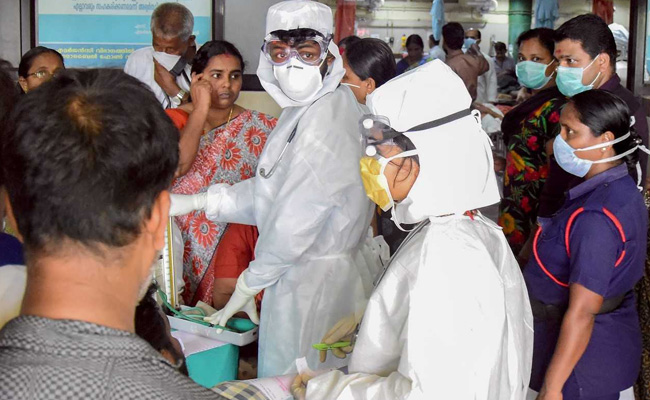 Among the dead in the Kerala outbreak was nursing assistant and mother-of-two Lini Puthussery, who had helped to treat one of the original family suffering from Nipah earlier this month.

Ms Puthussery died on Monday and was cremated before her family members could bid her a final goodbye because of fears the virus could spread.

At least 17 patients are still under treatment, Kerala Health Minister KK Shailaja said. “All steps to prevent the spread of the virus have been taken,” she added, urging people not to destroy colonies of fruit bats.

One thought on “Nipah Virus Has Crossed Border From Kerala To Karnataka: Sources”