Bollywood Queen Sridevi is no more amongst us, she will survive and live in our memories through her films and the actress will be succeeded by her 2 daughters Janhvi and Khushi Kapoor, we all know the doting mother that Sridevi was. In fact recently at the Lakme Fashion Week we saw how Sridevi was quite protective about her daughter and now that she is gone, all remains our memories and one such memory is of an old interview I had with Sridevi before her last film Mom released.

While Sridevi’s daughter Janhvi is going to make her Bollywood debut soon with the film Dhadak, sadly her mom won’t be there to see her daughter on the 70mm. But in the interview, Sridevi had said that the one advice she always gave her daughters was that, “Like any other mother, whether they come to this profession or not you just ask them to do the right things. To work hard and give their best, hard work always pays, so I tell them all these kinds of things.” 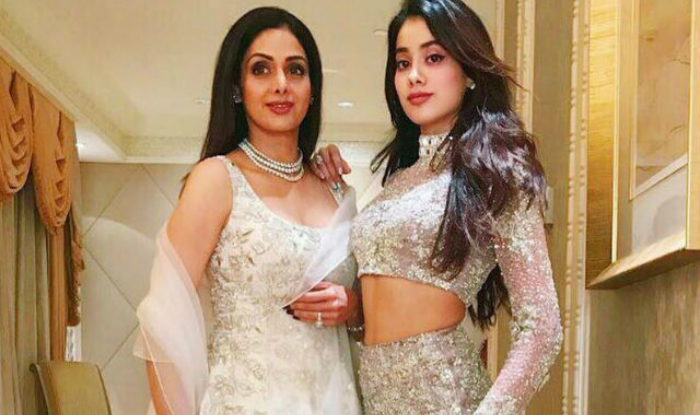 the actress had said that her daughter will have to deal with constant comparison and competition. “We can’t run away from that. She has to face the pressure. When she has decided to enter Bollywood, she has to go through all this. She’s prepared for all that, and I am also preparing myself for it. Sometimes, it scares me. So many thoughts come and you feel why is she doing this? But then, if you feel that is her aim and happiness, as a mother, I will support her like my mom supported me. We weren’t from a film background but it happened and she stood by me, fought for me and made sure I am happy. That’s how I would also like to be with Janhvi.”

Sridevi died on the night February 24 in Dubai after having a cardiac arrest. Her mortal remain s will be brought back to Mumbai today.