Nowadays, star kids attain limelight because of their massive following, not unlike their parents before them. Across the country, from citizens to netizens lap up every video and picture that are circulated on social media. Kareena Kapoor Khan’s son, Taimur along with Karan Johar’s kids, Yash and Roohi lead the brigade. Karan Johar posted an adorable video of Taimur, at a play date with Yash-Roohi. The toddlers are having a ball of a time and KJo can’t help but fawn over them.

Taimur’s pictures and videos never fail to go viral. Earlier, the chote nawab’s play date with Rannvijay Singha’s daughter Kainaat gets lots of appreciation and love across the world. Rannvijay’s wife Priyanka shared cute moments from their play date on her Instagram stories. Taimur was born in 2016 and has been an internet sensation since. He has more than 100 fan clubs on social media. However, Kareena isn’t exactly happy about this and has expressed her worry about the constant glare on Taimur. 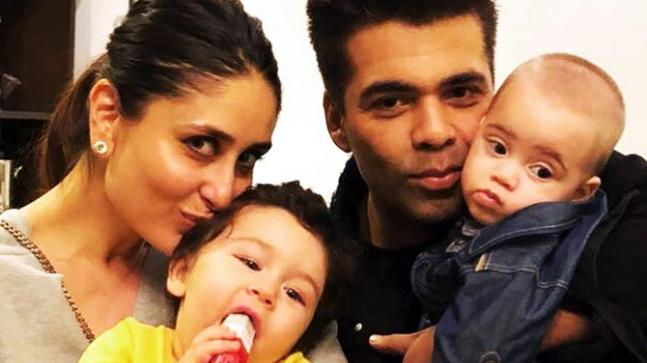 “We just want him to lead as normal a life as possible. That’s the most important thing for him. I’d like the paparazzi to not shoot pictures of him at every moment. I don’t want his life to be documented. He is only 17 months old, once or twice is enough, but not the constant badgering,” Kareena had said in an interview to DNA.
Post Views: 177