Taimur Ali Khan, safely perched on his mother Kareena Kapoor’s arms, was photographed outside aunt Karisma Kapoor’s residence in Mumbai on March 2. Kareena was casually dressed in a white top and black pants while Taimur, adorable as ever, flaunted his curly locks. Do we need to say that Taimur’s pictures are viral? Wel,, shouldn’t be surprising. 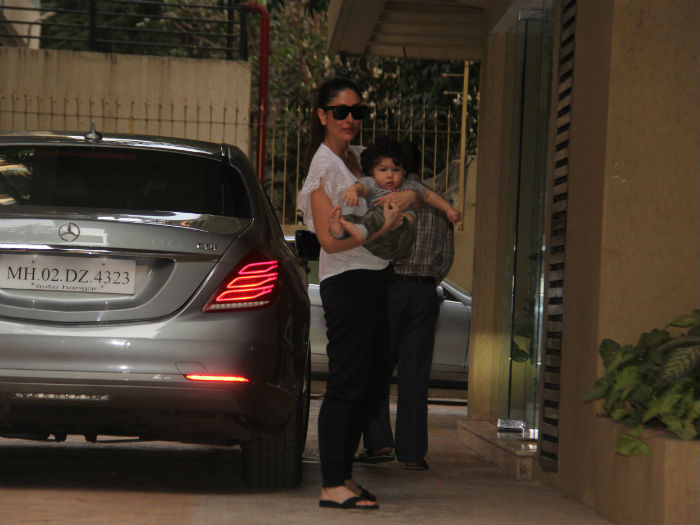 Take a look at some more pictures of Taimur: