Actress Sonam Kapoor is all set to get married to Bhane owner Anand Ahuja today. In a few hours, Sonam and Anand will get married as per Sikh traditions at her aunt’s bungalow in Bandra. Anand Ahuja looked dapper dressed in a golden sherwani with a ruby contrast mala for his big day. We are yet to see what Sonam Kapoor’s look is today.

Sonam Kapoor made for the perfect Indian bride and the first photo of the actor is a sight to behold. 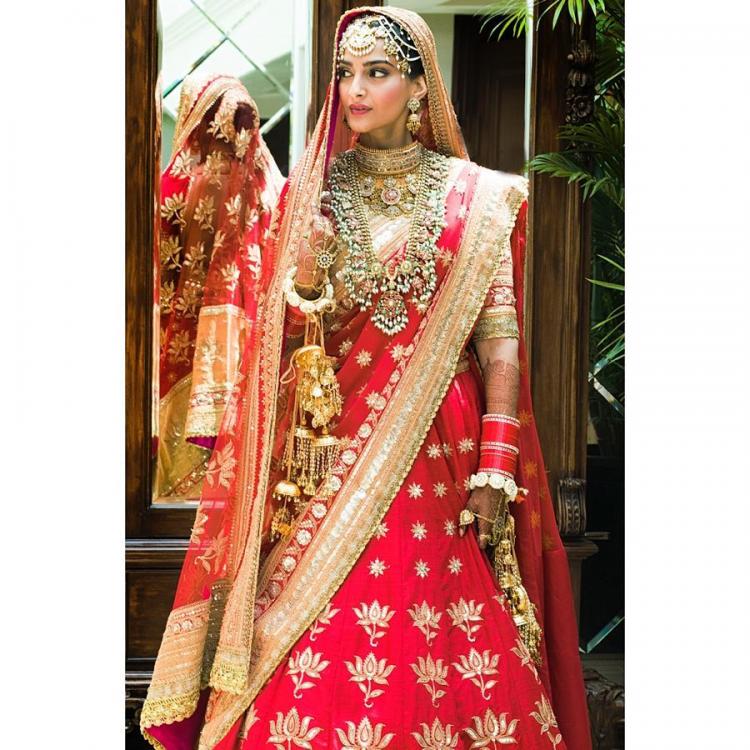 The paparazzi stationed outside Anil Kapoor’s home got hold of pictures of Sonam leaving for the venue but dark curtains in the backseat ensured that her look as the bride will remain a secret for a few more hours.

The Anand Karaj will be held between 11 am to 12.30 pm today, which will be attended by family members and close friends. The ceremony will be followed by a lunch and a reception for the newly-weds will be hosted in the evening.
The Groom look of Anand Ahuja:

A beautiful stage is ready for the Wedding Ceremony, Here it is:

Bhai ki entry, Arjun Kapoor arrives to the wedding destination and here is the first look of Sonam’s brother:

The wedding festivities at the Kapoor household have been in full swing since Saturday. After a grand pre-mehendi ceremony, the Kapoors and Ahujas celebrated an official Mehendi ceremony, which was combined with the sangeet function and choora ceremony.

We wish this couple hearty Congratulations with Lods of blessings. If you too wanna Congratulate this couple then share it with us in the below comment section.