The flamboyant and poised Shahid Kapoor took the adage ‘Opposites attract’ several notches higher when he got candid like never before on a talk show with his better half Mira Rajput who shied not one bit in unapologetically letting fans in on their private details. The couple bought the house down on Neha Dhupia-hosted BFFs with Vogue show when they featured for a finale episode.

The Udta Punjab actor’s wifey was quizzed about which celebrity would she date if she were single. And beating Mira to the answer, Shahid Kapoor jumped in to reveal his ladylove’s crush – Sidharth Malhotra! Surprising right? But Shahid reasons they both are from Delhi, Mira and Sidharth, so… And when the tables turned, Mira revealed that Shahid would like to date Scarlett Johanson. 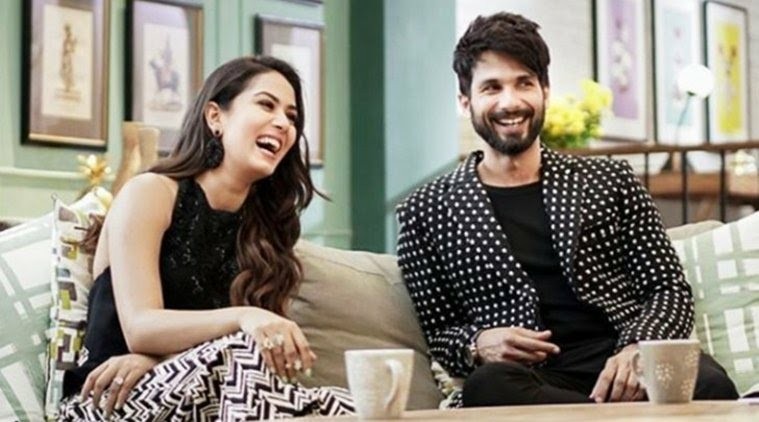 Besides revealing each other’s dating preferences, Sasha and Mira also spilled bedroom details.  As a part of the Scary Spice round, the couple was questioned about their favourite sex position on the bed. Shahid seemed pretty embarassed and asked Mira to eat the spice, as per the rules if she fails to reply. While the actor gave this a pass, Mira was quite bold and decided to take it heads on.

Shahid’s wife revealed that her husband is a “control freak” in bed. This left Shahid red faced. But this isn’t the first time that Shahid and Mira have talked about the things they do in their bedroom. Well, they might not have discussed sex positions, but they let audience into their private lives while on Karan’s show. From revealing how Mira was a “natural kisser” to a “bedsheet sntacher”, Shahid Kapoor was the most candid ever on Koffee With Karan.

And if that weren’t’ all, the super candid Mira Rajput talked about how she once threw Shahid out of the house. Don’t jump the gun, it was because of the actor’s hectic work schedule for Padmaavat. The had asked her husband to move into a hotel for some time while he was shooting for a particular schedule of the Sanjay Leela Bhansali-directed film.

“He (Shahid) would come home at 8 in the morning and wake up at 2 in the afternoon. I complete get that he needs silence during those hours because it has been a tough night but Misha is at her best at that point – wide awake & playful. Shahid wouldn’t say anything but I know it’s going to tire him and I know I can’t put too many restrictions on her either. That was getting to me humanly at a point and that’s when I told him that I can’t take this anymore,” Mira said during her conversation with Neha Dhupia. Shahid, thereafter, moved to a place that was near the Padmaavat set for a while. 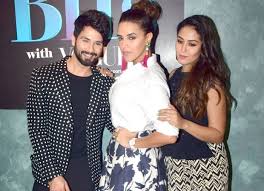 From talking about their exes and crushes brazenly to giving out details about their sex-life, Shahid – Mira seemed at their candid best on Neha Dhupia’s show. While they made headlines for their mushy romance on Karan Johar’s show last time, this time around it’d be for something more interesting.