Almost a month after introducing fans to the world of his ambitious biopic, Sanju, filmmaker Rajkumar Hirani launched the first trailer of the film based on the life of Bollywood actor Sanjay Dutt Wednesday afternoon. After watching Sanju trailer, it is difficult to pinpoint what hits you the most — Sanjay Dutt’s life that is hard to believe or how Ranbir Kapoor manages to merge with his subject.

Sanju trailer begins with Ranbir aka Sanju talking to the audience and telling them he is happy that his ‘autobiography’ will reach them soon. The three-minute long video showcases various stages of Sanjay Dutt’s life — from his drug addiction to ‘350 girlfriends’, his time in the jail, his father’s unshakable belief in him and much more. We also get to see Paresh Rawal, Anushka Sharma, Sonam Kapoor, Dia Mirza, Manisha Koirala, Vicky Kaushal, among others in the video. While the characters and the entire feel of the trailer is mighty impressive, the entire set up is clearly an attempt to clarify that Sanjay Dutt is “not a terrorist. We also hear Ranbir saying this over and over again – I am not a terrorist.

A few of the character portraits have been shared online including those of Sonam Kapoor, Paresh Rawal, Vicky Kaushal and Anushka Sharma. 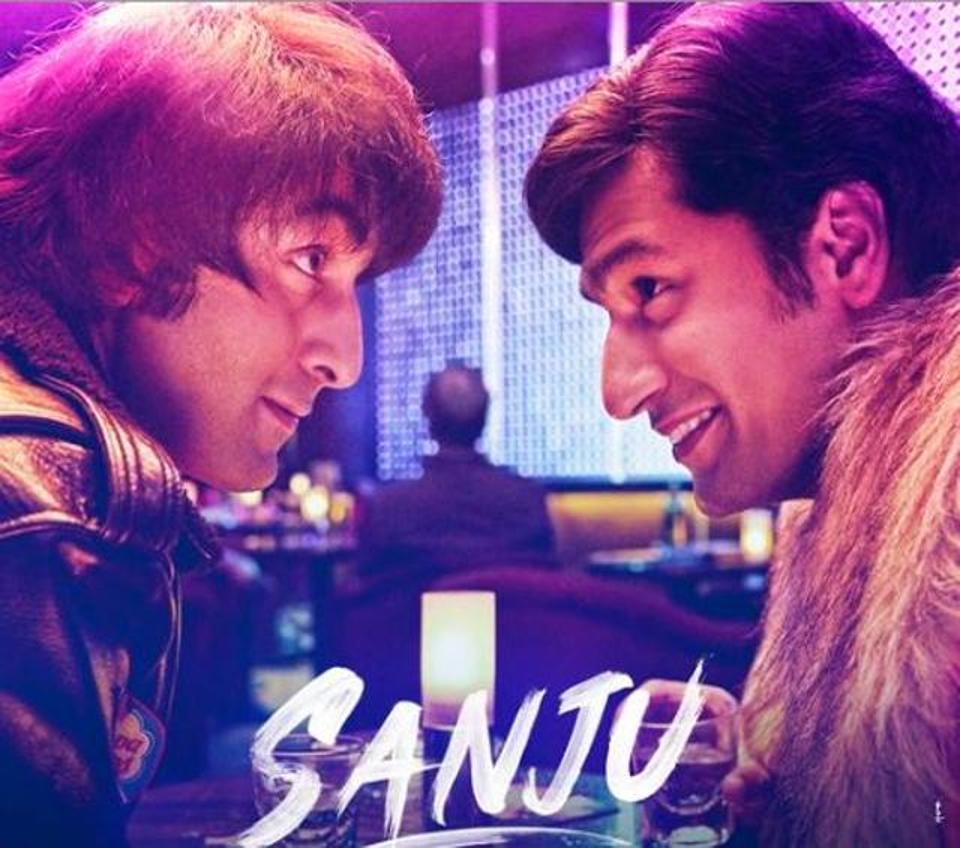 Vicky, who plays Sanjay’s friend in Sanju, got this caption from Hirani, “Meet Vicky Kaushal. Such a refined actor and pure joy to work with him. He plays Sanju’s best buddy. #SanjuTrailer out in 2 days on 30th May!”