As romance heats up between Priyanka Chopra and singer Nick Jonas, the Indian star says she believes in the institution of marriage and will surely tie the knot at some point in her life.

“Nick has basically been living in Priyanka’s New York City apartment with her and they spend a lot of time together,” the source said. “The next step is him permanently moving in, and it has been a discussion. They are enjoying getting to know each other, but are definitely still inseparable since going public with their relationship.” 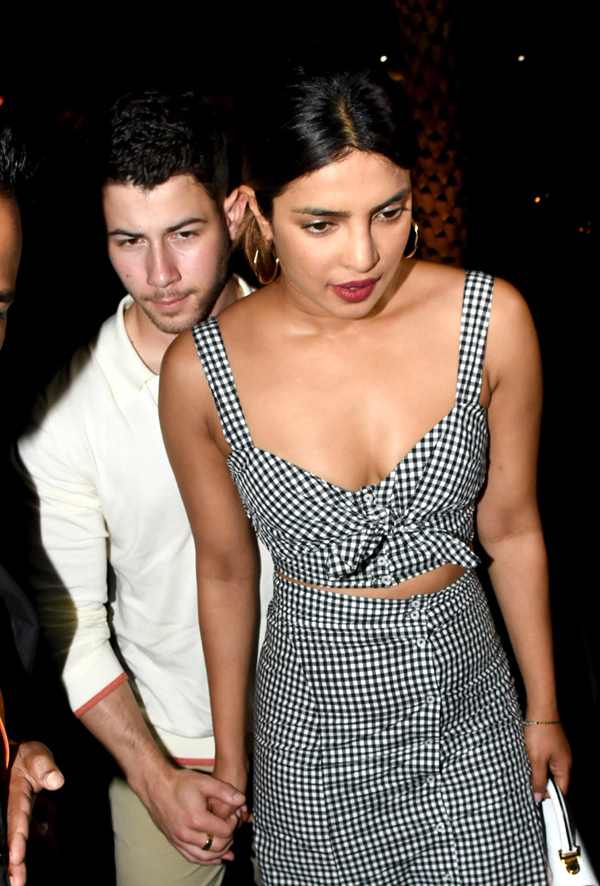 “I’m super mushy, and I think why not? You know, when you love someone or when you care about somebody making them feel special and giving attention is the most important thing,” she added.

“Nick loves doing things together with his brother Joe and Sophie, and the four of them love to hangout,” the source said. “Priyanka is a really good fit into the Jonas family.” Perhaps more permanently at this rate.
Post Views: 183