Desi Girl Priyanka Chopra’s beau Nick Jonas along with his parents reached Mumbai late Thursday night amidst the speculation of engagement party on Saturday. His brothers are expected to reach here today. The paparazzi spotted the Jonas family at Mumbai airport.

Nick was clicked walking out of the airport with his parents who looked quite excited. Going by reports, it is being speculated that the Amercian singer has come along with his parents to meet Priyanka and her family ahead of engagement ceremony.

Nick’s parents, mother Denise and father Kevin Jonas Sr, were seen carrying a Tiffany Co packet, supposed to be a gift for bride-to-be Priyanka. This is the first formal meeting between Priyanka and Nick’s families. 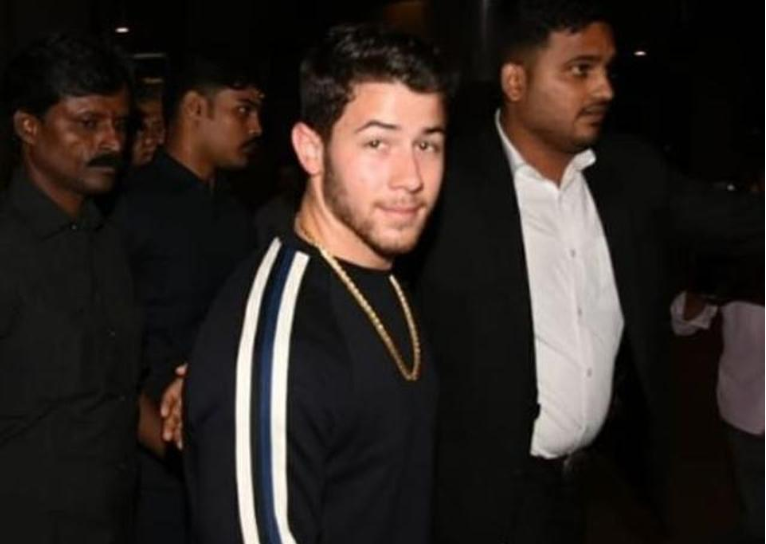 The grapevine is abuzz with speculation of Priyanka and Nick making their relationship official on August 18 in a grand ceremony. The desi girl is expected to host a party on Saturday with the who’s who of the film industry on her guest list. A close source has revealed that the actor has booked 200 rooms in a hotel for the guests, many of whom are arriving from the US. The couple, reportedly, exchanged rings on the eve of Priyanka’s birthday in London. Nick had, reportedly, shut down a Tiffany store in order to buy a ring for his lady love. 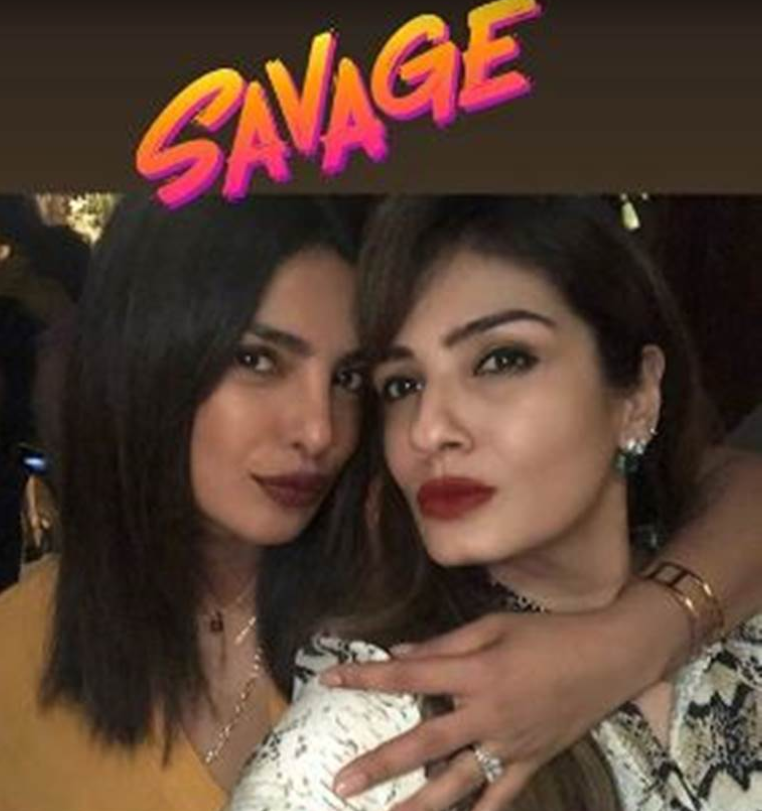 The rumours of Priyanka being engaged to Nick gained steam after celebrity designer Manish Malhotra’s party. The actor was seen flaunting her ring. Raveena Tandon’s Instagram account became a testimony of it as the actor shared a photo with the Quantico actor. In the photo, the square-cut diamond ring was visible on Priyanka’s ring finger. It seems the actor took off the ring while leaving the party to avoid media glare.

Priyanka and Nick have been making headlines with their several outings. In June, the singer came to India and spent some quality time with Priyanka’s mother Madhu Chopra. The duo, then, also went for a vacation with the Bollywood actor’s friends and family including Parineeti Chopra. Reports of their engagement started doing the rounds after Priyanka opted out of Salman Khan’s Bharat and director of the film Ali Abbas Zafar said that she left the film because of a “very special reason”, which she told the makers in the “Nick of time”.