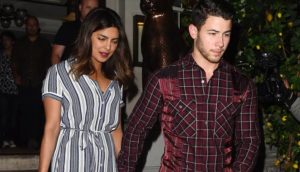 Bollywood actor and Quantico star, Priyanka Chopra and her fiance, American singer- songwriter, Nick Jonas of the ‘Jonas Brothers’ fame have obtained a marriage lisence from the Beverly Hills courthouse in Los Angeles,US.

The couple got engaged in a traditional Indian ‘roka’  ceremony in the presence of their respective families in August this year. 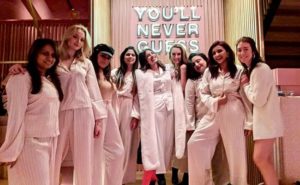 The wedding ceremony is reported to take place in Rajasthan’s Mehrangarh Fort. Recently, Priyanka Chopra have been in the news with her photos of bridal shower at New York’s exclusive cafe at Tiffany’s and Co. and another bachelorette party at Amsterdam.