A fan page on Instagram posted the latest video featuring Priya and her co-star Roshan.

You loved Priya Prakash Varrier’s wink, right? And now, she is back to delight you with a new antic – an effortless eyebrow raise. A fan club of the Malayalam actress posted a video, that appears to be from her Instagram story, in which Priya, chic in a white shirt and black skirt, is seen raising her brows while recording it on her phone. Roshan Abdul Rahoof – the actor at whom she winked in the song Manikya Malaraya Poovi, is her partner in this particular scenario.

Folks often drool over Priya Prakash Varrier’s posts on Instagram as a result of which she dominates the trends list pretty often.

Priya got her instant fame after a small clip from her debut Malayalam film ‘Oru Adaar Love’ went viral. It was a clip taken from the song ‘Manikya Malaraya Poovi’ where Priya got the big thumbs up from the viewers for her expressions. Her ‘winking’ act won many hearts in the song. 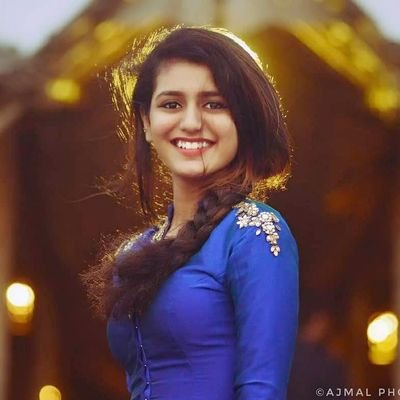 Priya Prakash Varrier is synonymous with the wink ever since her appearance in the song Manikya Malaraya Poovi from the film Oru Adaar Love that went crazy viral. In the clip, Priya, 18, conversed through eyebrow raises, a subtle smile and the wink, of course, with a fellow classmate (Abdul) in what appears to be a school assembly.