Rumours have been doing the rounds for a long time that Milind Soman will be marrying his young air hostess girlfriend Ankita Konwar soon. Now, pictures have surfaced online of wedding preparations which are making the rumours a lot more substantial.

There has been no confirmation about the reported wedding from either Milind or Ankita but the duo have been Instagramming photos from beach town in Maharashtra. However from the Instagram stories uploaded by the couple’s friends – fellow runner Abhi Asha Mishra and musician Devashish Guruji, we know that the couple are also accompanied by family to Alibaug – we spotted Milind Soman’s mother Usha Soman in one of the photos. 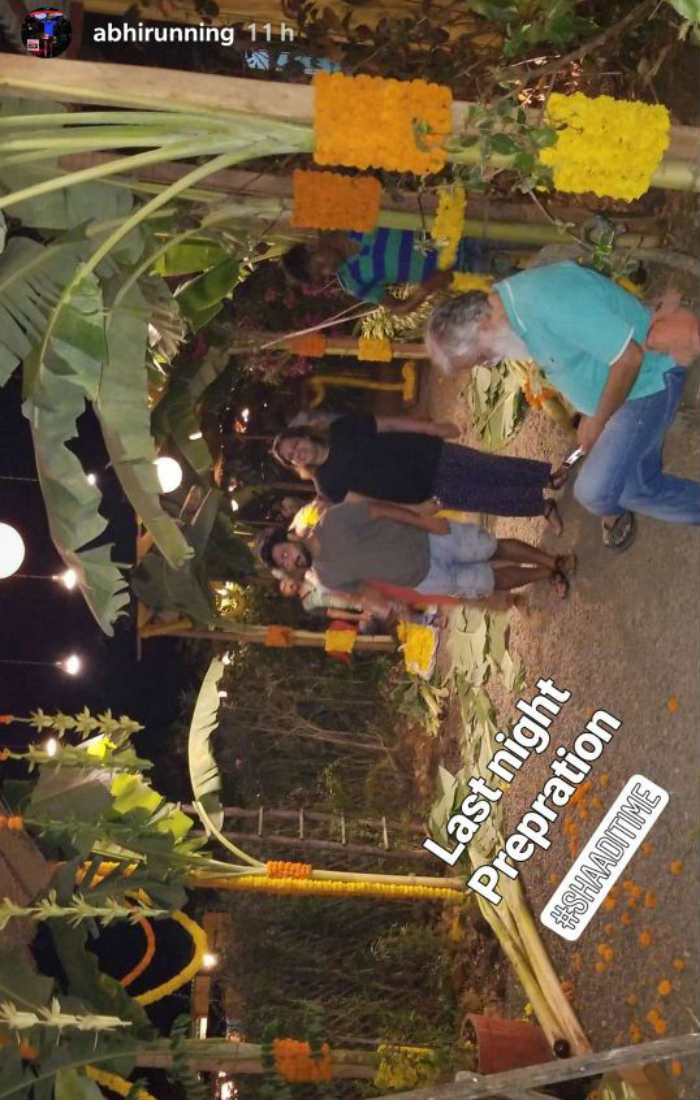 Wedding reports of Milind Soman and Ankita Konwar have been doing the rounds on the Internet for a while now. Several reports stated that the couple are all set to have a close-knit wedding in Alibaug. April 21 was speculated as the date of the reported wedding and Alibaug as the destination.

Milind Soman is best-known for the music video Made In India. He has starred in films such as 16 December, Rules: Pyaar Ka Superhit Formula and Bajirao Mastani. Both Milind and Ankita are also marathon runners.