In a series of Instagram videos, where Rakhi gave an interview to former journalist-turned-businessman Waahid Ali Khan, she accused Tanushree of trying to hog publicity, take drugs and more.

“Nana Patekar and Raj Thackeray have not given attention to Tanushree Dutta. She tried her best to rob them, this was a publicity stunt for a passport, Visa or a bank account or even if it’s for her Bollywood comeback. They did not give her any attention so now she feels that she should target me.”

Rakhi even claimed that Tanushree had “consumed drugs and was consequently unconscious for four hours on the sets” of Horn Ok Pleasss. She also claimed that it was thanks to Tanushree’s influence that she attended rave parties and consumed drugs.

“Thank god I ended our friendship otherwise even I would have to go to rehab and become bald.”

Tanushree Dutta’s advocate Nitin Satpute said on 22 October that they have filed a defamation case against actor Rakhi Sawant. Rakhi held a press conference supporting Nana Patekar a few days back in which she maligned Tanushree calling her a liar and unhinged.

Rakhi said, “Was she (Tanushree) in coma for 10 years?” and also accused her of blaming Nana for publicity. Tanushree has now filed a civil and criminal defamation case for Rs 10 crore against Rakhi. 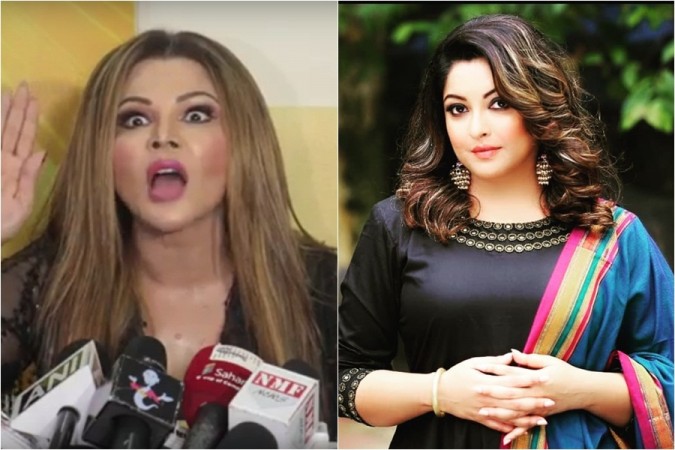 Tanushree’s lawyer Nitin Satpute said, “We have filed a criminal and civil defamation case against Rakhi Sawant for maligning my client’s character and image. If she fails to revert, she will be punished for two years or fined or both.”

In 2008, when Tanushree had refused to do an inappropriate step with Nana Patekar on the sets of Horn OK Pleasss, the producers had replaced her with Rakhi Sawant who shot for the item number