Padman film is based on the life of a social entrepreneur, Arunachalam Muruganantham, who invented a machine to manufacture low-cost sanitary pads in order to make it easily available and accessible to women belonging to different economic strata. Not only is the film releasing in 50 countries, this is also the first Hindi film to release in Russia. Over the last few days, Bollywood personalities, TV celebs and sportsmen have been posing with a sanitary pad in hand and sharing it on social media by tagging as many people as they want to continue the cycle of the Padman challenge. 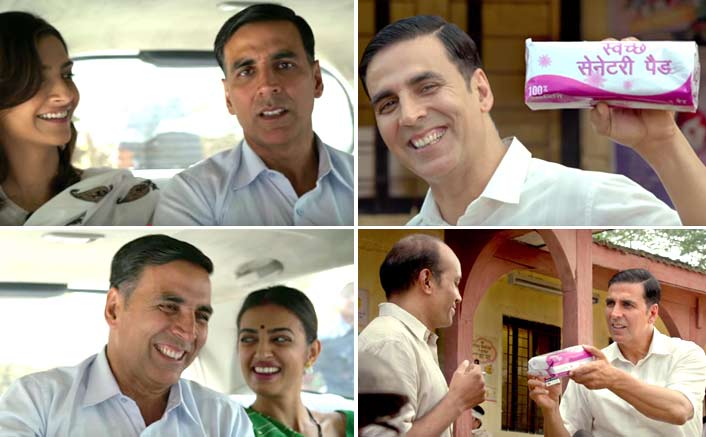 However, seems like comedienne, Mallika Dua, is not in favour of the Padman Challenge. A few days ago she had taken a dig at Akshay Kumar and Twinkle Khanna’s Padman Challenge by saying, “Always remember, each time you feel weak, each time you feel lesser than your equals, each time you feel you’ve been made to feel lesser for no reason and that the fight has just about begun… When you feel the society and the government have not given you your due, hold up a sanitary pad and post a picture of it on Instagram. You will feel empowered. So empowered. Bye.” However, many felt that she had a problem with the film and not the challenge. Clarifying her stance, the influencer and improv artiste took to Instagram to share another post. Take a look at the post below :

Chota font for those with choti soch

For the uniniated, Akshay Kumar had passed an inappropriate comment on Mallika Dua on his show, The Great Indian Laughter Challenge, where he said, “Mallika ji aap bell ko bajao, main apko bajata hoon,” which was followed by outrage from Mallika’s father and senior journalist Vinod Dua. Following that, Mallika penned an open letter on how this issue isn’t about Akshay Kumar but for every big shot male who makes their female co-workers feel looked down upon. In response to this, Twitter demanded a response from Akshay’s wife Twinkle Khanna, who refused to be dragged into the debate, and posted jokes on Mallika and her father. However, in the end, Twinkle apologised to the comedienne in an open letter.

One thought on “Mallika Dua mocks Akshay Kumar’s PadMan challenge with a Reply, Must See!!”