The recent live voting in Bigg Boss 11 has left the fans of commoner Luv Tyagi furious. The hater’s comments have started pouring on social media with the hashtag #UnfairDecisionForLuv

With the finale just a week away, tensions have never been higher in the Bigg Boss 11 house. Saturday and Sunday’s Weekend Ka Vaar episodes will reveal the last contestant to be evicted from the house and according to readers, it should be Luv Tyagi.

Fans feel that the latest eviction twist has been introduced by the makers to wipe out Luv Tyagi from the race.

NLC team started a poll earlier this week, asking Bigg Boss fans to vote for their least favourite contestant on the show, the one they want evicted. Of the 6,700 votes counted, 44% voted against Luv while Hina Khan and Vikas Gupta tied with 23% votes each. Shilpa Shinde, the final nominated contestant, got only 10% votes. 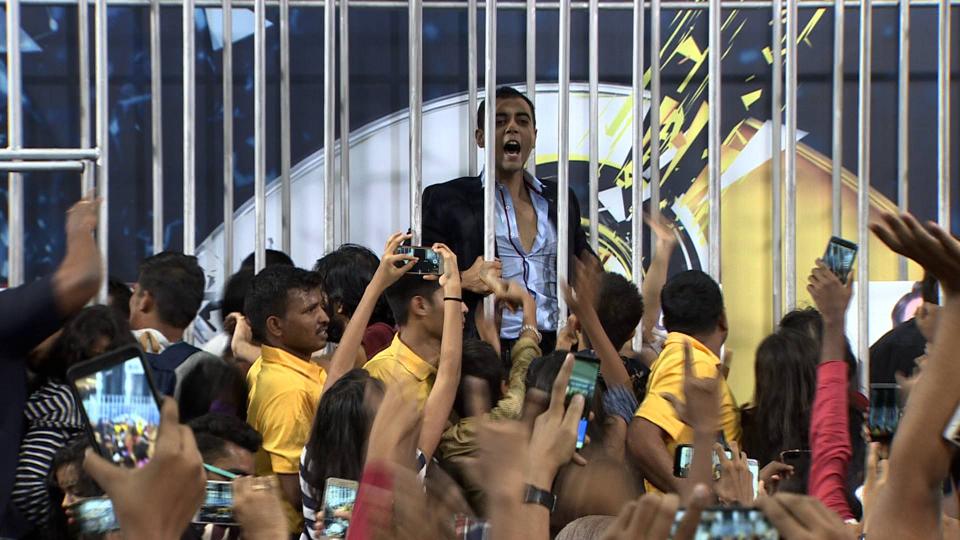 Luv started his journey on the show as one of the most active among the five ‘padosis’ or neighbours on Bigg Boss 11. However, when the neighbours entered the house, Luv seemed to fade into the background and often used others to shield himself from tough tasks as well as nominations. But he made it so far on the show due to his great fan following among his people in his hometown of Muzaffarnagar.

All was going well for Luv, till the latest eviction twist was introduced by the makers. Luv was among the four nominated contestants this time and he was the only commoner out of the four. Keeping this in mind for the same there were high chances for him to survive in the show.

Here are some fans reaction on Luvs’s eviction: 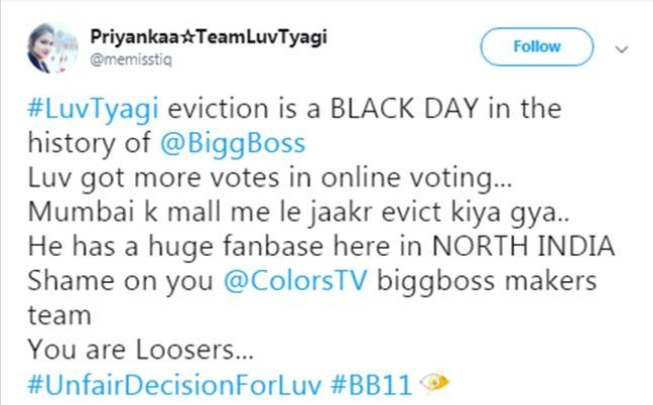 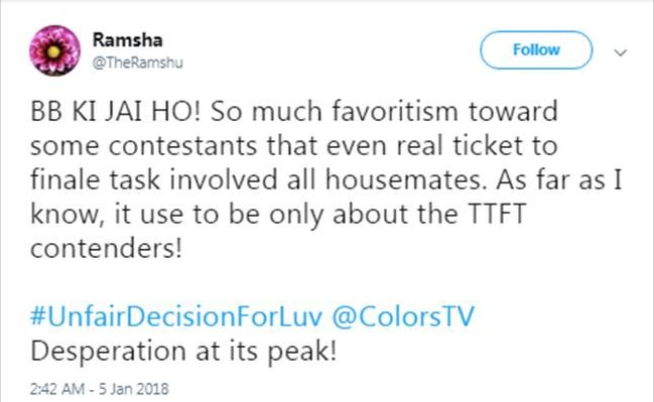 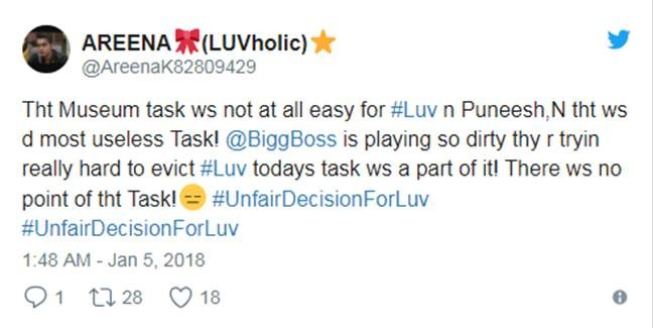 Today’s BB11 episode will get telecast at 9:00 PM. So guys, whom you think will get evicted from BB house tonight? Share your views in the below comment section.