After a number of controversies, Sara Ali Khan and Sushant Singh Rajput starrer Kedarnath have finally seen the daylight. The film which is all about love between Mansoor and Mukku shows the love of two amidst the 2013 Kedarnath pilgrimage tragedy.

The film which surrounds the 2013 tragedy, entered into the production-related controversies soon after the shoot was wrapped up. It was earlier slated to release on November 30 but owing to the delay, reports of makers postponing the film’s release date started brewing up but now it looks like everything is fine. 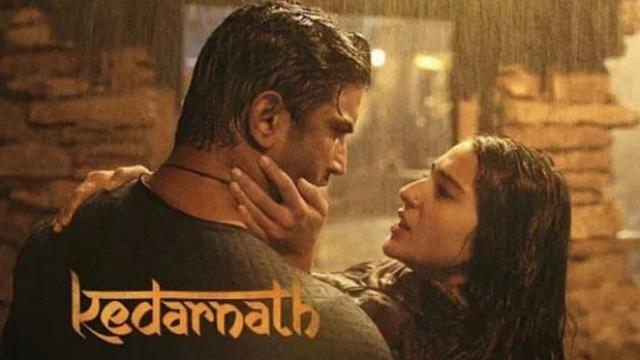 While there was a lot of talks about how Sara Ali Khan’s debut film shifted from Kedarnath to Simmba, looks like everything is now back on track for Saif Ali Khan and Amrita Singh’s daughter. The starkid will finally be entering in Bollywood with her first project, Kedarnath.

Talking about the fans, they are loving Sara’s debut performance and are awe of her beauty. The — long teaser shows off Sara Ali Khan’s raw beauty and she completely does justice to her look in the film. Soon after the teaser was released, Sara’s performance gained eyeballs and comments like ‘Wow… Its amazing sir..  beautiful creation it is.. eagerly waiting for the film now.. can’t wait to see this wonderful film on screen @sushantsinghrajput , @saraalikhan95 in their best.. ‘ and ‘ —-‘ started pouring in.

Let’s take a look into how fans have reacted to her teaser so far:

Liked the #kedarnathteaser! Also the fact that there's not a single dialogue, the background music does the talking. #SaraAliKhan looks like a promising newcomer

Just watched #KedarnathTeaser
It's really so much promising… Now waiting for the theatrical trailer and the movie as well.
Best of luck my hero @itsSSR
Kudos… 🙏🙏🙏

Watch the teaser of Kedarnath here: