Ultimately, the prolonged waiting is going to over soon. The Dabangg reloaded tour is all set, to set off its journey with a bang. It seems like that the concert is now in its final management position for sold out soon. “Very Soon we will witness Sold Out shows across the United States and Canada,” told Bhavesh Patel, international Promoter of Dabangg Reloaded Concert Tour helmed by Salman Khan, Katrina Kaif, Sonakshi Sinha, Jacqueline Fernandes, Daisy Shah, Prabhu Dheva, Guru Randhawa and Manish Paul.

Bhavesh Patel along with Jordy Patel and Adil Jagmagia of JA Events did a recce of all the venues recently and they were extremely satisfied with the arrangements. All the venues have hosted some of the biggest rock concerts and they are meant for the big-ticket extravaganza.

Recently, internet goes viral with a picture surfaced on Instagram of Katrina Kaif during the concert’s rehearsals which are getting us excited. The actress in the picture can be seen practising a dance move with a team of professional dancers which looks at her devoted roles completely as she engrossed in the rehearsal.

See precious some moments below:

@jacquelinef143 is getting ready to entertain you in your city like never before with a host of other celebrities. Join her and be a part of #DabanggReloaded today. Get your tickets from www.dabanggreloaded.com 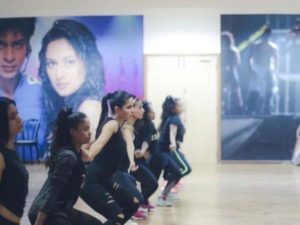 Undoubtedly, this tour will be a star-studded affair and it makes us even more excited about it. Salman Khan launched the poster of Dabangg Reloaded on 18 April this year.

“A concert tour like this has never happened in North America. We shall make every effort to make it a truly memorable experience for the stars and the fans. It’s all about Karma. If your actions are honest and transparent, everything else will fall into its place,” said Bhavesh Patel