Salman Khan and Katrina Kaif were one of the most happening couples in Bollywood at one point in time. Even now, the two may not be romantically involved, but they still remain really good friends.

As Salman Khan, Katrina Kaif, Sonakshi Sinha and others came together in Pune for a press meet, their focus was the intriguingly named Da-Bangg tour. Their fans, however, had their focus elsewhere. As Salman and Katrina were filmed sharing a coffee mug at the press meet, internet and their fans lost their collective calm and soon ensured the video went viral. Not happy with doing just this, the fans went ahead and called it “couple goals”.

Salman and Katrina, along with Sonakshi Sinha and others, were addressing a press conference in Pune, hours before they enthralled their fans in the city as they performed for Dabangg Tour. In a clip gone viral from the press meet, Salman is seen sharing his coffee mug with Katrina even as Sonakshi addresses the media persons gathered at the venue. Neither Salman nor Katrina is seen uttering any word during the exchange. While calling it “couple goals” is too much of a stretch, we are sure you will find the video cute. Watch it here:

Talking about the dancing skills of his female co-stars on stage, Salman said at the press meet, “It is difficult to match up to their dancing abilities, their energy and just the way they are. But thank God it is only me here on the show so I have been able to pull it off. But if there was Aamir (Khan), Shah Rukh (Khan) or Akshay (Kumar), we have done shows together, it would have been difficult to match up.” 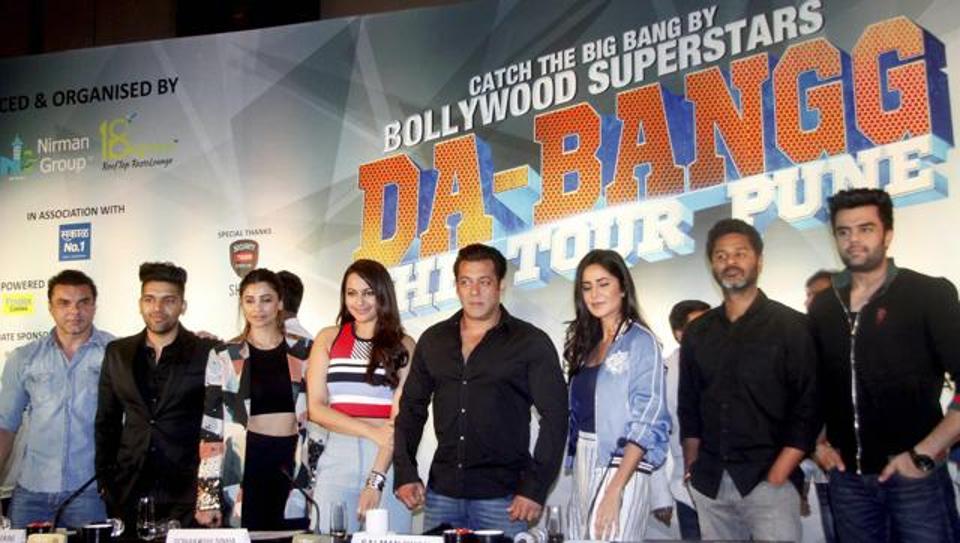 The concert took place Saturday evening and Daisy Shah, Maniesh Paul, Sohail Khan and Prabhudheva, among others, were also present for the performance.