There were a lot of questions asked after legendary Bollywood actress Sridevi passed away under mysterious circumstances. While the investigating authorities in Dubai claimed her death to be accidental drowning, an ex-cop in Delhi thinks it was a murder.

The world was shocked when legendary actress Sridevi was found unresponsive in a bathtub of a hotel in Dubai in February and consequently declared dead. After the investigation concluded, authorities claimed that the actress had died due to accidental drowning on 24 February 2018. However, there were also speculations and conspiracy theories that the English Vinglish actress’s death was a planned murder and not an accident. 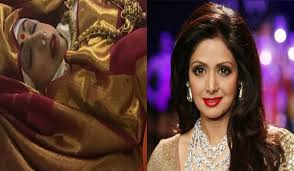 Most of those theories were put to rest as time passed. However, after three months, a retired Assistant Commissioner of Police, Ved Bhushan, who runs a private investigation agency (PI) in Delhi has claimed that Sridevi’s death looks more like a planned murder than an accident.

“It’s very easy to put someone in bathtub forcefully until victims breathing stops without leaving evidence of the crime, and then label it as an accidental death. This looks like a planned murder,” the former cop said, as reported by the Free Press Journal.

Two days after her death and after conducting an autopsy, the Dubai Police had released a forensic report which claimed that traces of alcohol was found in Sridevi’s body and determined that her death was undoubtedly an accident. But Bhushan disagreed with their conclusion and emphasised that their report was not conclusive as many queries still remained unanswered.AT

The Free Press Journal report reveals that Bhushan also visited the Jumeirah Emirates Towers in Dubai, where Sridevi died, to investigate the death but wasn’t allowed to enter the Hotel room where she was staying.

However, he managed to stay in the room next to hers and recreated the entire scene and circumstances which led to her death. However, the PI claimed that none of it made sense logically and there are mysterious powers at play. “Sridevi died mysteriously and questions need to be answered, some questions posed after her death were relevant and logical. We felt something was hidden.”

According to the report, Bhushan is still investigating the case and aspires to get to the bottom of the matter.