Sui Dhaaga is an upcoming Indian Hindi-language comedy-drama film directed by Sharat Katariya and produced by Maneesh Sharma under the banner of Yash Raj Films. It stars Anushka Sharma and Varun Dhawan in lead roles.

The project was announced in July 2017. After initial talks with Ranbir Kapoor, Dhawan was approached for the lead role, with Anushka Sharma playing the female lead. The duo posted riddles related to the theme of the film on their social media handles and confirmed it soon after that. 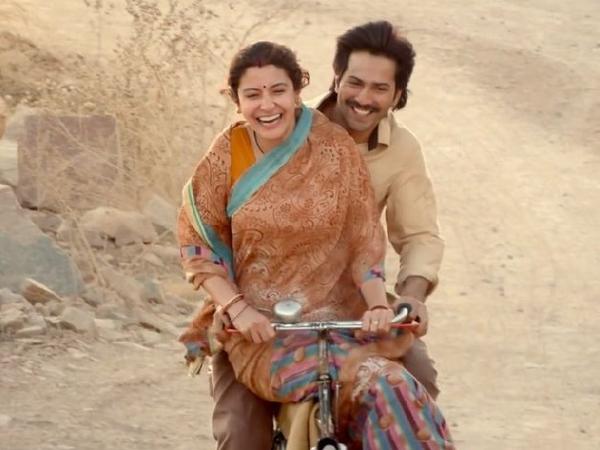 According to sources, the film was based on the Make In India campaign launched by the Indian Government in 2014, which was aimed at promoting the country’s indigenous textile industries. Maneesh Sharma called it “,  a heartwarming story of pride and self-reliance.” He further added, “This story finds its roots in the heart of India and reflects the passion that runs through the veins of every single Indian.” And now, the much-awaited trailer of Anushka Sharma and Varun Dhawan’s Sui Dhaaga is finally out. Let’s not forget, this is the first time Anushka and Varun have come together for a film.

Anushka Sharma and Varun Dhawan’s Sui DhaagaMade In India trailer has just hit the web and we must say, it’s beautiful in so many different ways. The simplicity with which Anushka and Varun weave magic together is so endearing. For those of you who don’t know what the film is about, Sui Dhaaga Made In India basically celebrates entrepreneurship. It’s how you make impossible, possible and achieve your dreams despite all odds.

It’s the first time Anushka and Varun have come together for a film; that too an unconventional film like Sui Dhaaga which doesn’t see both of them at their glamorous best.