Who else admires Virat Kohli and Anushka Sharma as a couple?

All this while we have seen Virushka at the airport. But looks like this time Anushka wanted to make her husband Virat Kohli feel special as she accompanied him to the airport this morning. One look at the above picture and you will know what we are trying to say.

`While Virat is heading to Delhi for a few days. Anushka made sure she spends all the time she has with him until he goes inside the airport and there…she not only came to drop him off but also gave him a tight hug before he left for Delhi. 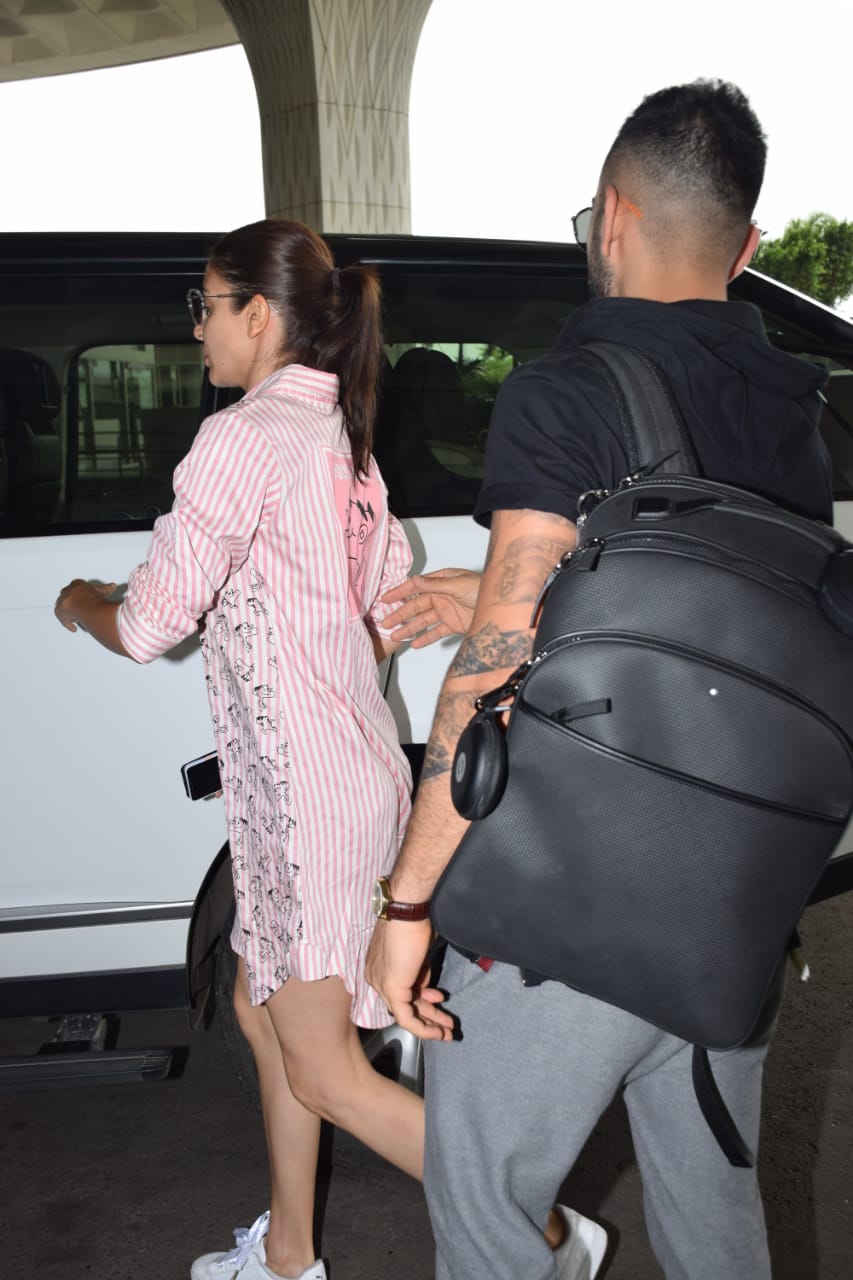 We can only imagine how Anushka and Virat must be managing time for each other considering their professional commitments. A source revealed how the couple has in fact decided to allot 21 days in a year for them with no work, no shoots. “Virat and Anushka have had their hands full ever since they tied the knot. The former has been playing matches at different places around the world, while the latter has been shooting round-the-clock for Zero, Sui Dhaaga — Made in India and for her brand commitments.

They also have their entrepreneurial ventures that they are intimately invested in. This gives them next to no time for each other. Which is why Virushka have now worked out a plan to keep 21 days in a year absolutely free to be with each other,” quoted the source close to the couple.

Virat and Anushka are expected to fly to the UK this July when Virat will be there for his cricket match. Anushka has already ensured that her calendar is clear around that time.