After playing a cop in the Punjabi film series Jatt & Juliet and his debut Hindi film Udta Punjab, Diljit Dosanjh is back to playing one of his upcoming film Arjun Patiala. The film, which stars Kriti Sanon opposite Diljit, went on the floors in Chandigarh on Wednesday.

Diljit’s first look at the slice-of-life film is out and believe us, it will make you swoon over this turbaned cutie all over again. In the police uniform, the actor looks handsome as ever. His cool black shades and olive green overcoat pump up his style quotient and how! Check it out right below: 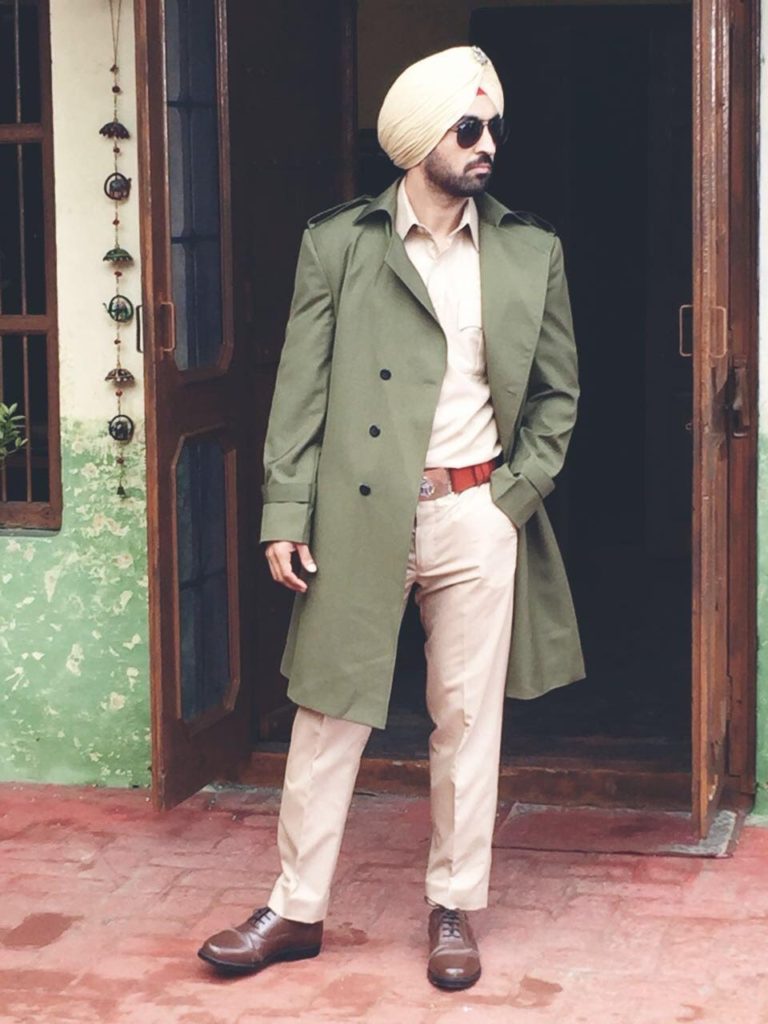 Arjun Patiala is being directed by Rohit Jugraj, who has earlier worked with Diljit on successful Punjabi films including Sardaar Ji and Sardaar Ji 2. The film sees Kriti playing the role of a journalist and also has Varun Sharma playing an important part.

A Maddock Films production, in association with T-Series and Bake My Cake Films, is slated to release on September 13.