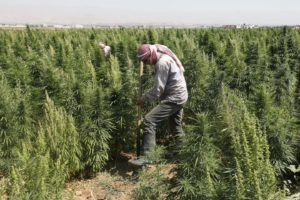 Heeding the recommendation of international consulting group McKinsey, which was part of a broader development plan, Lebanon’s parliament is preparing to legalize medicinal cannabis and its cultivation. It’s meant to pave the way to a nearly $800 million industry, according to Economy Minister Raed Khoury, and could serve as a quick fix for some of the country’s many economic woes. 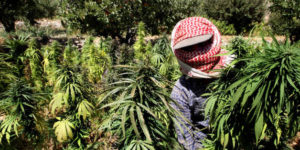 And Lebanon’s farmers say the change can’t come too soon. As in many parts of the region, the country’s farmlands have been disproportionately affected by global warming. The Bekaa Valley, nestled between Mount Lebanon and Syria, is stricken with droughts, and many wells are drying up. Growing potatoes, onions and other produce native to the region has been harder than ever before, experts and farmers say. 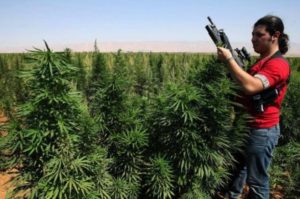 But cannabis is a drought-resistant crop, requiring little water and no pesticides. And it flourishes in the high altitudes of the Bekaa plains.

Lebanese officials hope that legalizing the crop will boost exports, helping to jumpstart Lebanon’s moribund economy. It has the world’s third-highest ratio of debt to gross domestic product and suffers from decaying infrastructure and ballooning unemployment. Lebanese agriculture experts say the move could also breathe life into a languishing agricultural sector buckling under the effects of climate change