The International Cricket Council may have suspended Australia skipper Steve Smith for just one Test over the ball-tampering scandal in the Cape Town Test, it appears Cricket Australia (CA) may take a much stronger view of it.

Steve Smith, David Warner and opening batsman Cameron Bancroft were booed off the field as Australia were hammered by South Africa on Day 4 of the third Test.

The report said CA’s head of integrity unit, Iain Roy, and team performance manager Pat Howard have travelled to Cape Town to begin an investigation after CA Board were asked by the Australian Sports Commission to strip Smith and Warner of captaincy and vice-captaincy for the remainder of the third Test that ended in Australia’s 322-run defeat on Sunday evening.

Meanwhile, while Smith was banned for a match, opener Bancroft was fined 75 percent of his match fee and handed three demerit points for breaching Level 2 of the ICC Code of Conduct. 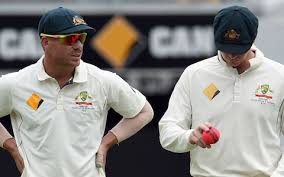 Bancroft admitted that he breached Article 2.2.9 of the ICC Code of Conduct for Players and Player Support Personnel, which relates to “changing the condition of the ball in breach of clause 41.3.” and accepted the sanction proposed by Andy Pycroft of the Emirates Elite Panel of ICC Match Referees, and as such there was no need for a formal hearing.

As soon as the incident was shown on the giant screen, the player was questioned in the presence of his Smith by the two on-field umpires, Richard Illingworth and Nigel Llong, who, along with third umpire Ian Gould and fourth umpire Allahudien Palekar, later charged Bancroft. 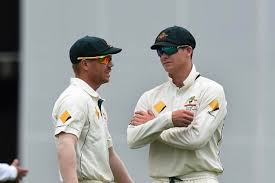 While Smith admitted on Saturday that the team’s ‘leadership group’ was behind the decision to indulge in ball-tampering, it was later learnt the entire leadership, which also included Nathan Lyon, Mitchell Starc and Josh Hazlewood, was not involved. This has put the focus purely on Smith and Warner.