We have heard a lot about the blackbuck poaching case. The name of Salman Khan has possessed headlines many times only because of this case. Even in this year, before some month this case came in the publicly. Again this case comes publicly but this time not only Salman Khan but his other friends get involved too.

Bollywood superstar Salman Khan may still be caught up in the 1998 Blackbuck poaching case, but his co-stars were glad to have been let out scot-free by the district court earlier this year. Saif Ali Khan, Sonali Bendre, Tabu and Neelam Kothari were given a clean chit in the case by a lower Rajasthan court which also convicted Salman Khan and had sentenced him to a 5-year-imprisonment. 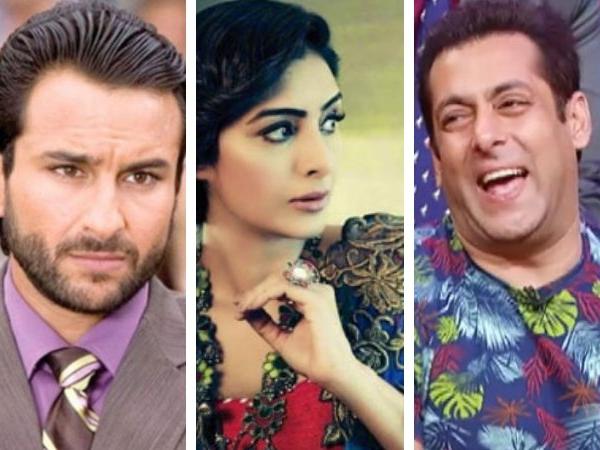 However, trouble seems to be looming for these Bollywood stars as the Rajasthan Government seems to be up in arms, ready to get them back for their alleged crimes. Earlier today, ANI put out a tweet claiming that the Rajasthan government is set to appeal in a higher court against Hum Saath Saath Hain actors Saif Ali Khan, Sonali Bendre, Tabu and Neelam Kothari.

Black buck poaching case: Rajasthan govt to appeal before the Rajasthan High Court against the acquittal of actors Sonali Bendre, Neelam Kothari and Tabu, Saif Ali Khan and others.

After being sentenced to a 5-year-imprisonment, Salman Khan had to spend two nights in prison before he was released on bail. Salman has since had travel restrictions inflicted on him and the actor is not allowed to travel outside of India without seeking the court’s permission. Meanwhile, his co-actors Sonali Bendre, Neelam Kothari and Tabu, Saif Ali Khan, who was breathing a sigh of relief after being acquitted of all charges, will have their hearts in their mouth once again upon hearing this news.

Shraddha Kapoor will play the lead in Aadai’s Hindi remake.