Thousands of farmers in various parts of the nation have launched a 10-day nation-wide strike demanding waiver of loans, right price for their crops and implementation of recommendations of Swaminathan Commission.

The strike is being spearheaded by Rashtriya Kisan Mazdoor Mahasangh (RKS). RKS was formed in Bhopal with the participation of 17 farmers’ bodies from across the country and many organisations joined it later on.

Farmers’ in Punjab’s Faridkot hold back supplies like vegetable, fruits and milk from being supplied to cities. In Ludhiana’s Samrala, they spilled milk on the road. 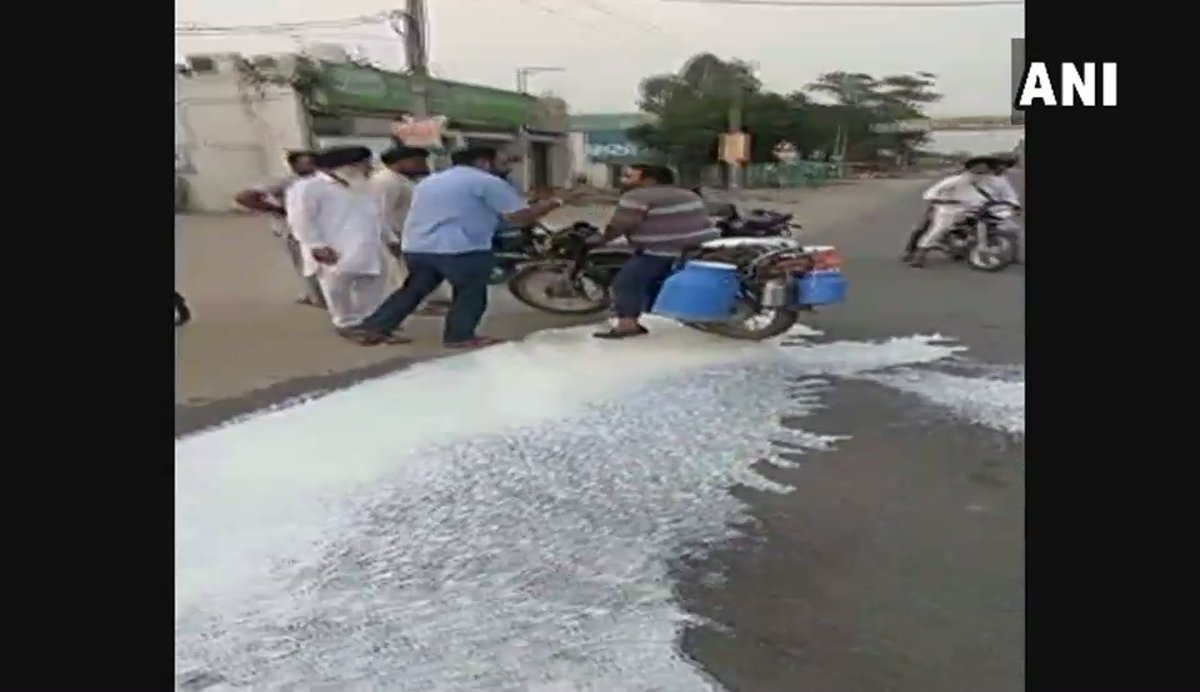 In Madhya Pradesh, to mark protest against last year’s Mandsaur violence, various farmer organisations have called for “Gaon bandh” during which no farm produce would be allowed to be transported outside villages.

“The agitation enjoys the support of more than 150 farmers organisation. Besides, all 50 Panchayats of the state have also announced to fight for the rights of farmers,” Chief of Aam Kisan Union, Kedar Sirohi told IANS.

“The government responds to the rightful demands of the farmers with lathis and bullets. June 6 is a black day for farmers. Nothing will be supplied by villages to cities for the next 10 days, neither will anything be brought from the cities during the period,” Sirohi said.

The farmers’ organisations are demanding that the Union government announce a fixed remunerative price for farm produce including vegetables and milk.In Maharashtra, farmers have announced a day-long strike on Friday, whereas in Madhya Pradesh farmers have declared a complete shutdown

On Thursday, Union Home Minister Rajnath Singh, dubbed the farmers’ agitation as an agitation of the Congress party. “The Bharatiya Janata Party (BJP) government in the state is working for the welfare of farmers and it has taken several big decisions in their interest,” he said.

Man with the Golden Mask of Rs 2.89 Lakhs: Pimpri-Chinchwad, Pune