Flood and Ice: Here’s how flood in Boston turns into a sea of ice

As Boston digs out from Thursday’s blizzard that dumped over a foot of snow and led to its worst flooding in 40 years, it was faced with another weather headache – single-digit temperatures that created rivers of ice water and trapped a number of cars.

Images from Boston on Friday show cars stuck in frozen floodwaters that reach up to the hoods in some cases.

Some car owners tried to prepare for the storm by lifting their windshield wipers and opening their trunks so that they wouldn’t be buried under snow and frozen.

But it is unlikely they anticipated that the cars would be done in by floodwaters.

One amateur video filmed in Revere, Massachusetts, the coastal city just north of Boston, showed a large sheet of ice covering the street.

According to The Boston Globe, about 20 residents needed to be evacuated from their homes. Some of them were rescued by high-water vehicles deployed by the National Guard.

Here are the bone-chilling images: 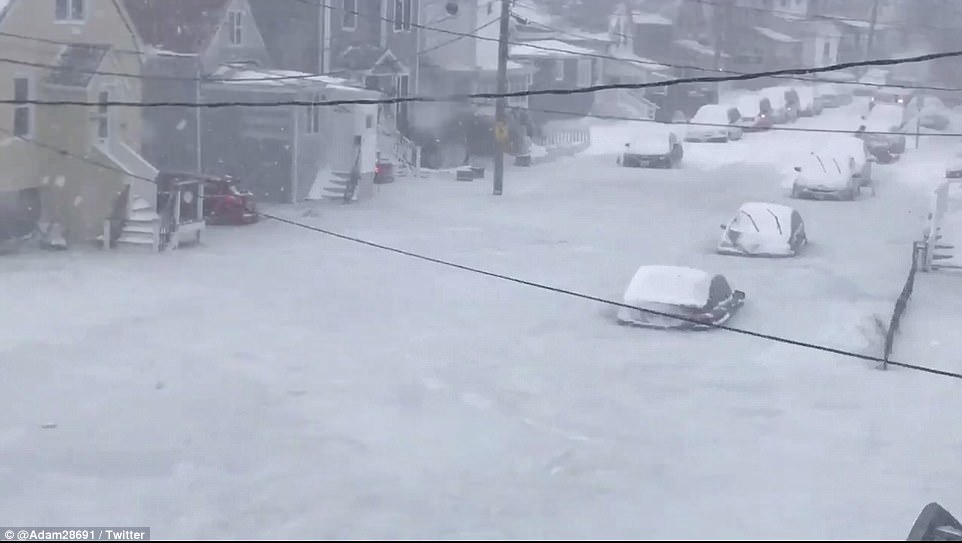 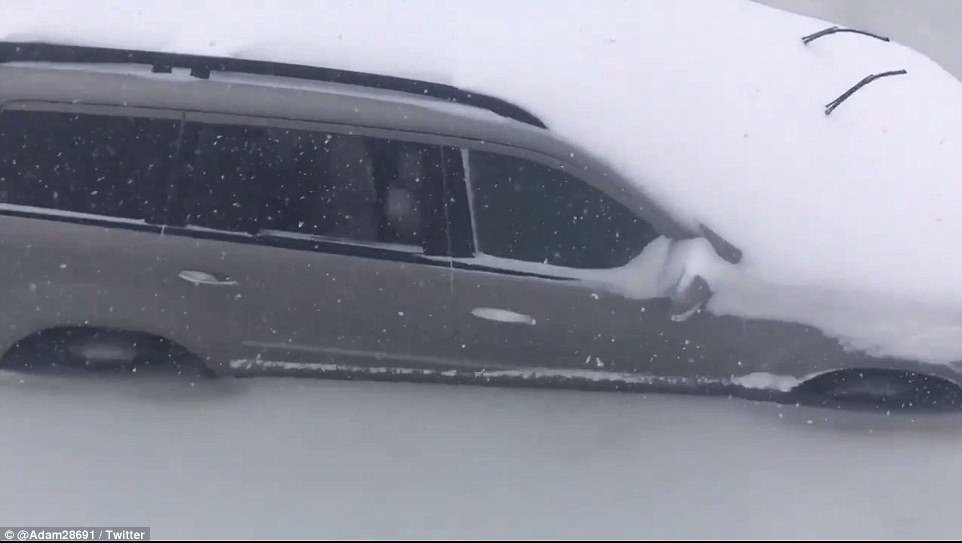 Sixty cars were damaged after high tides flooded the parking lot of a high school in Gloucester.

The frigid temperatures – Boston’s high was only 15 degrees on Friday – will continue to blanket the area for the next 48 hours.

Overnight, the low temperature could reach -1, with wind chills of -35 in some places.

That’s balmy compared to the -100 wind chill that can be felt on Mount Washington, the highest peak in the Northeast United States.

The winter storm has claimed the lives of nearly two dozen Americans, according to the New York Daily News.

In Virginia, a nine-year-old girl who was sledding while visiting relatives was struck and killed by a pickup truck.

Also in Virginia, a 75-year-old man was hit and killed by a snowplow while clearing snow from parking lots.

According to the National Weather Service, Boston broke the record for the highest ever recorded tide on Thursday.

Benjamin Sipprell, a meteorologist in Boston for the National Oceanic Atmospheric Administration, told the Daily Beast that the flooding was a result of the blizzard hitting at high tide, and the high tide being higher than usual due to Wednesday’s supermoon.

A supermoon is a full moon that occurs when the moon is closest to Earth in its orbit. This happens about four to six times a year.

The tides are caused by the moon’s orbit, and are at their highest during full moons. Supermoons bring them even higher.

‘Normal tides in Boston are between 9 and 10 feet,’ Sipprell explained. ‘When we get tides, we get some that go up to 12 feet or more. We were forecasting 12.1 feet with this one, but with the surge, it got bumped up to 15 feet.

It ended up being a disastrous combination when Winter Storm Grayson hit the city right at the high ride – flooding the Seaport district in waist deep freezing water.

It was the first time that the city had seen such flooding since the blizzard of 1978.

The situation was even worse in the coastal towns of Plum Island and Scituate. 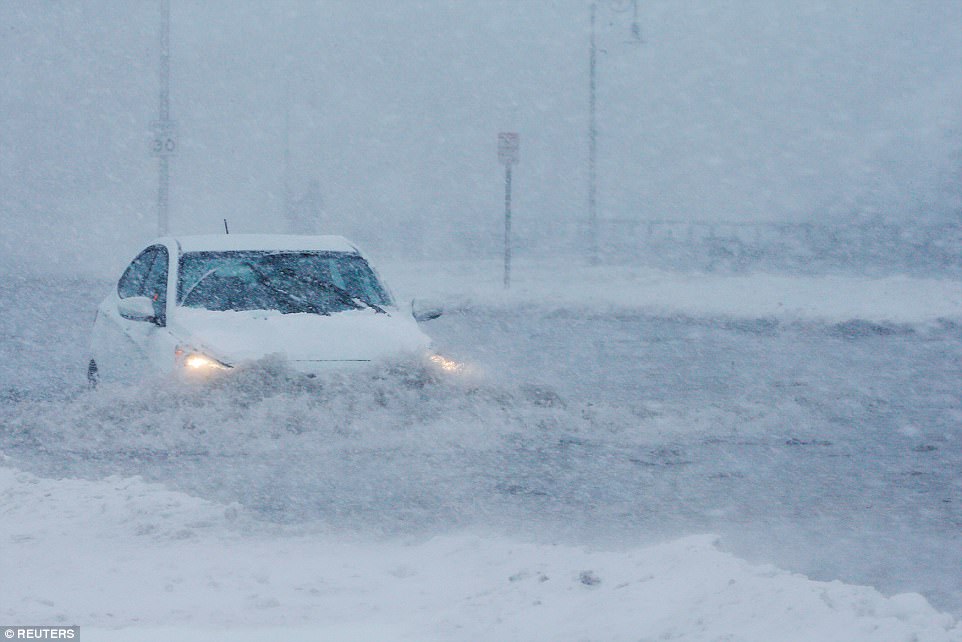 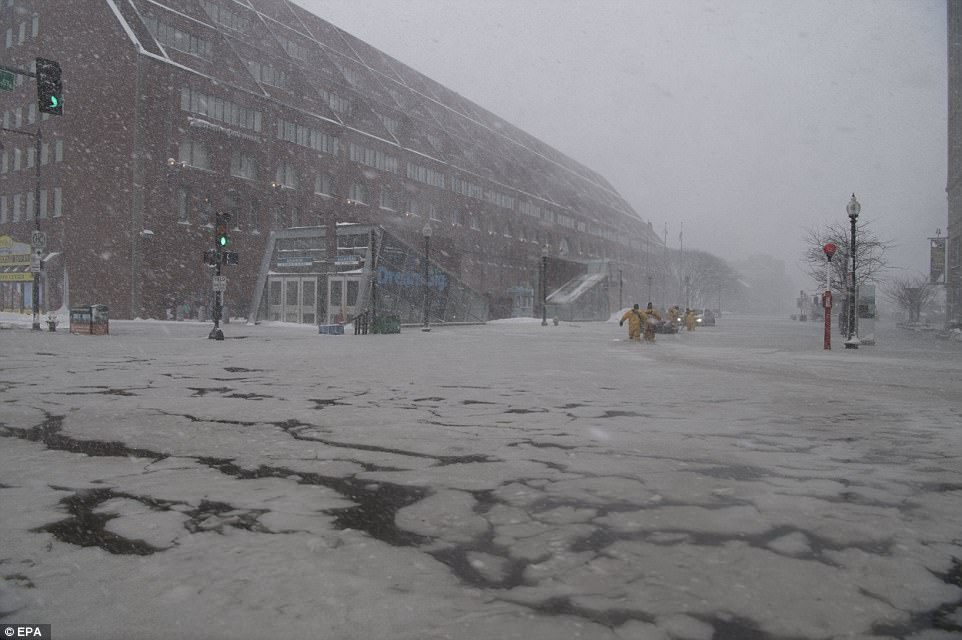 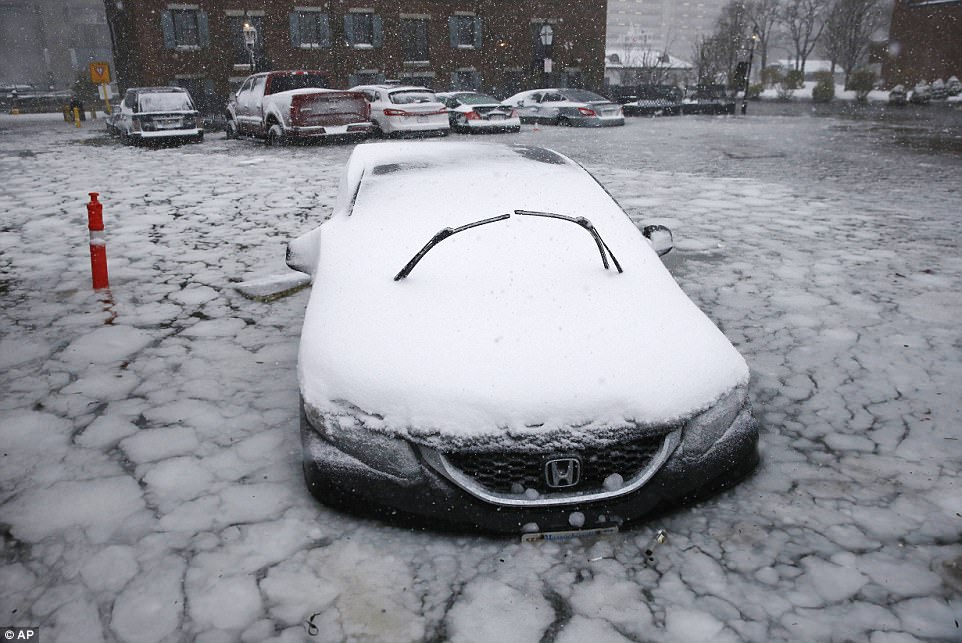