A 12-year-old girl who wrote a letter to the editor of her local newspaper in Ohio, calling out a sexist comment that was boomed out over a loudspeaker at a parade, has gone viral on social media after a reader shared a picture of the youngster’s letter on Facebook. In her letter to the editor of the Geauga County Maple Leaf, Julianne Speyer wrote that she was “offended and disappointed” after the announcer for Chesterland’s 4th of July Parade hailed the Boy Scouts as the “future leaders of America,” before summarily dismissing the Girl Scouts as “just having fun.” 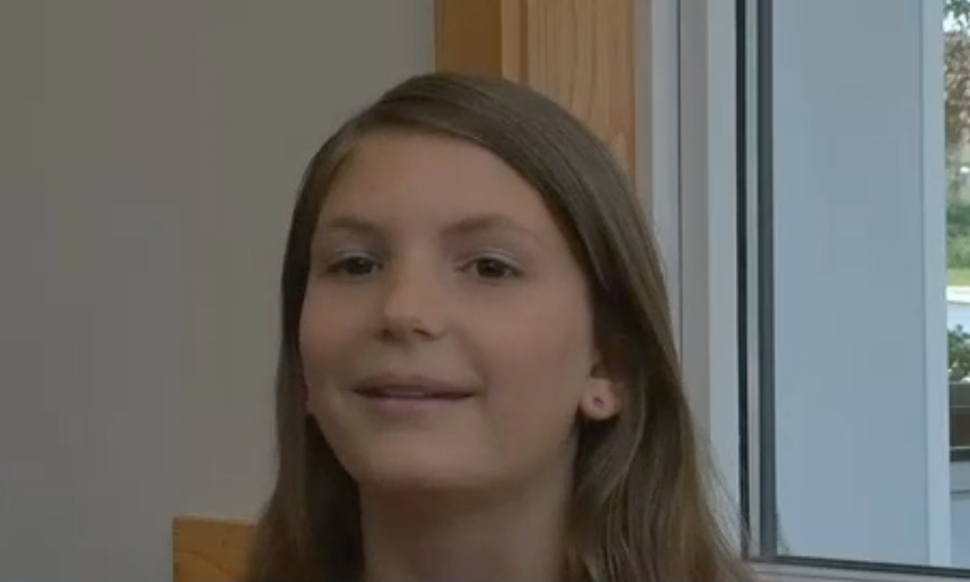 “I found this comment very sexist and patronizing. I would appreciate it if you would help me to let other people know how much this kind of thing happens and how bad it is. I feel it is an insult to both girls and women of all ages. This kind of thing happens way too much and it is not OK at all,” Speyer continued. “I have always been taught that if you think something is unjust, change it. So, this is how I am making a change. Thank you for listening to me and I hope you can help me.” 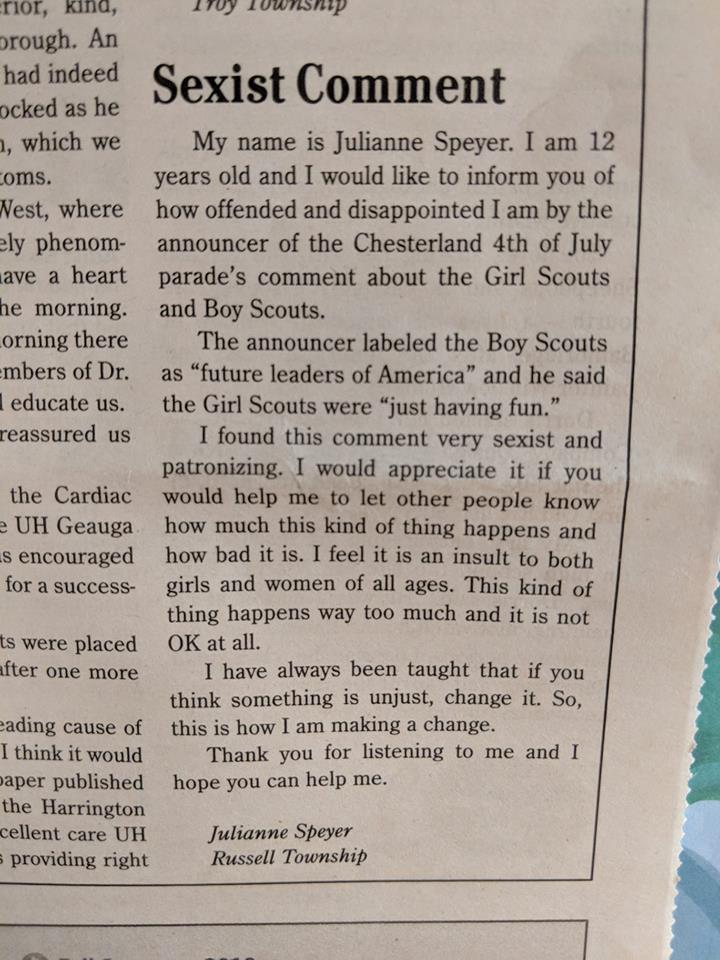 Speyer’s message soon spread wider than even the ambitious youngster likely anticipated. A reader of the local paper, Christina Znidarsic, shared Speyer’s letter to Facebook where the post swiftly went viral and a GoFundMe was setup by a supporter to benefit the Girl Scouts of Northeast Ohio. In response to the sudden flurry of attention, Speyer explained that she had been marching with her Girl Scout troupe directly behind the boy scouts when she heard the announcer’s condescending characterization of her organization. 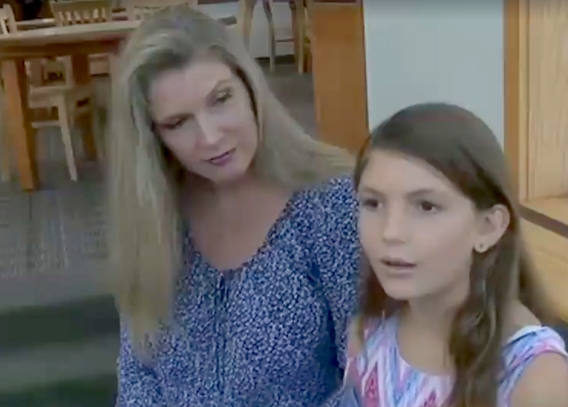 “I could just scream the message that girls can be they want to be,” Speyer said.