Is Alia Bhatt dating Ranbir Kapoor? Alia clears all the Rumors about her Personal Life!

Alia Bhatt and Ranbir Kapoor’s alleged affair has made headlines. Ever since the duo took off for their Bulgaria shoot schedule of Brahmastra, buzz about their relationship started doing rounds. It was said that the actress found Ranbir’s strong shoulders after she split with beau Sidharth Malhotra. The couple was seen celebrating the New Year together and fans have been eager to watch the two on the silver screen. Amidst all talks about Ranbir-Alia relationship, the actress has finally opened up.

In an interview to a leading daily, Alia Bhatt talked about dating Ranbir Kapoor. The actress said, “Even I get really confused when I read such things, but I strongly believe that ‘silence is golden’. It’s not as if I’m never going to have a personal life. I will and I do have one, but I feel its called ‘personal’ for a reason. That’s why it will always stay close to me.” Clearly, Alia will not spill beans on her relationship with Ranbir. 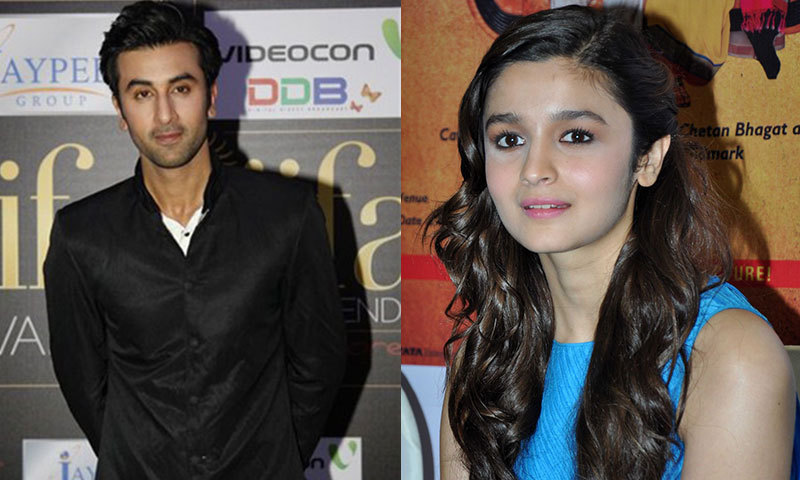 However, Alia also went on to add, “I am fine; people can say whatever, as I don’t get bothered by such stories. May be except when you feel something really random has been written. I just hope people don’t think that this is all I am doing in life.”

Alia’s this statement reminded us of Ranbir’s ex-girlfriend Katrina Kaif. The Jagga Jasoos actress had said something on the same lines when she was in a steady relationship with RK Jr. The Thugs Of Hindostan actress had said, “Since I have come into the industry, I have been saying the same thing. So it’s been that many years for me when I have said I don’t want to talk about my personal life. There’s not just one reason. I will always maintain that, for me, it is the right thing to do.

Looks like, Alia is following Katrina’s footsteps and refraining from commenting on her relationship with Ranbir. When stories about Alia and Ranbir’s affair started doing rounds there were also quotes from sources close to the actress, who revealed they were concerned about Alia as they feared that Casanova Ranbir would leave her heartbroken. But looks like Alia is in no mood for any talks about her relationship, not right now.

Ranbir and Alia will be seen together in Ayan Mukerji’s Brahmastra. Ranbir also has Sanjay Dutt biopic with Rajkumar Hirani, while Alia will be seen alongside Ranveer Singh in Zoya Akhtar’s Gully Boy and Junglee Pictures’ Raazi.

Mia Khalifa breaks news with her new picture, it is all her fans could talk about

Bollywood: Everything that happened to Chandrachur Singh…