After three months of non-stop drama, the Bigg Boss 11 winner has been announced and it is none other than Shilpa Shinde. Shilpa, who entered the house as a celebrity contestant, defeated popular actor Hina Khan.

The day we’ve been waiting for is here! Shilpa Shinde is the winner of Bigg Boss season 11. Former Babhiji Ghar Par Hain actor Shilpa Shinde and Yeh Rishta Kya Kehlata Hai star Hina Khan were the top 2 finalists who battle it out for the title of the BB11.

Puneesh Sharma was the first to get evicted from the show after his parents entered the house to escort him out as the Delhi boy received the least number of votes. Soon after his elimination, actor Akshay Kumar revealed that Vikas Gupta is the second runner up of the Bigg Boss season 11.

Akshay, who is currently awaiting the release of his film PadMan, announced Vikas eviction. He was joined by actor Sonam Kapoor. 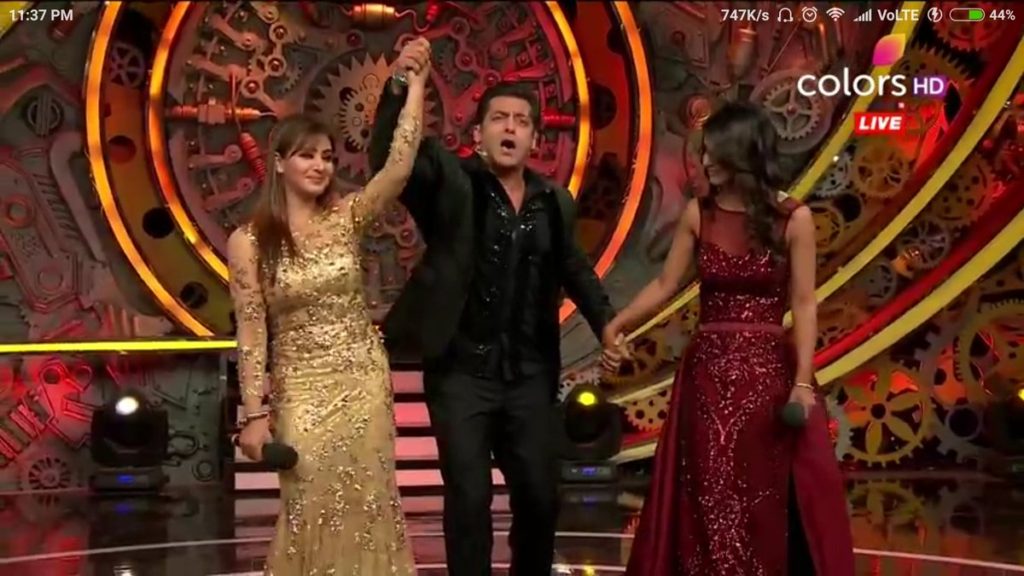 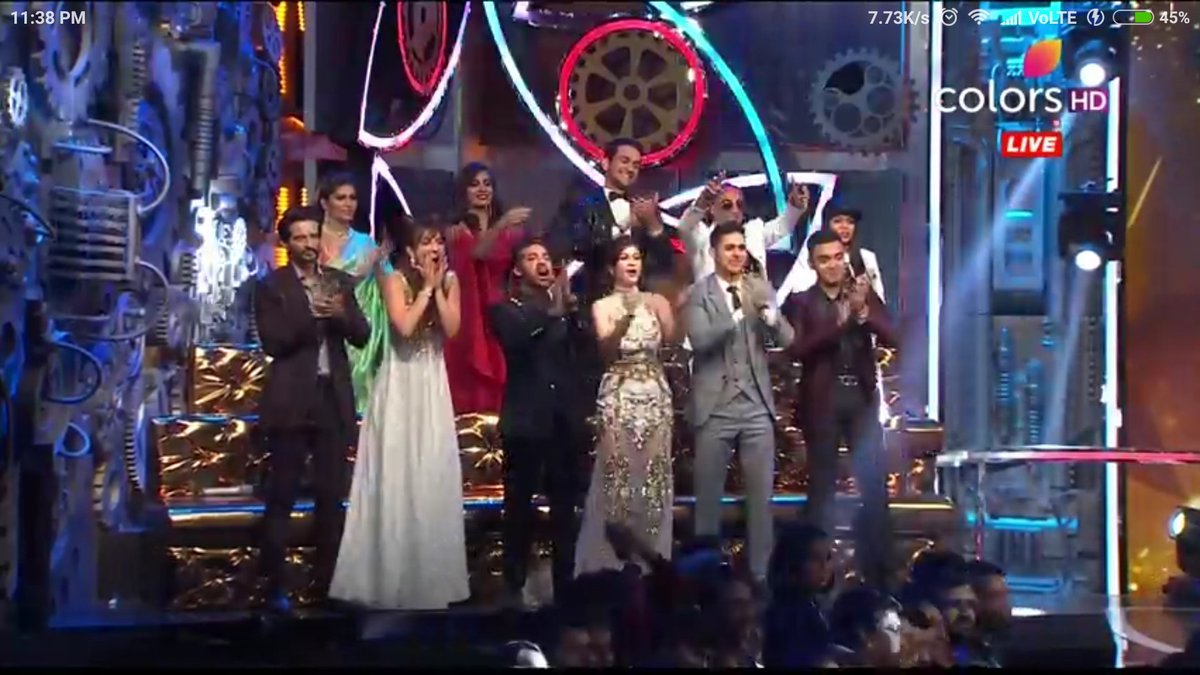 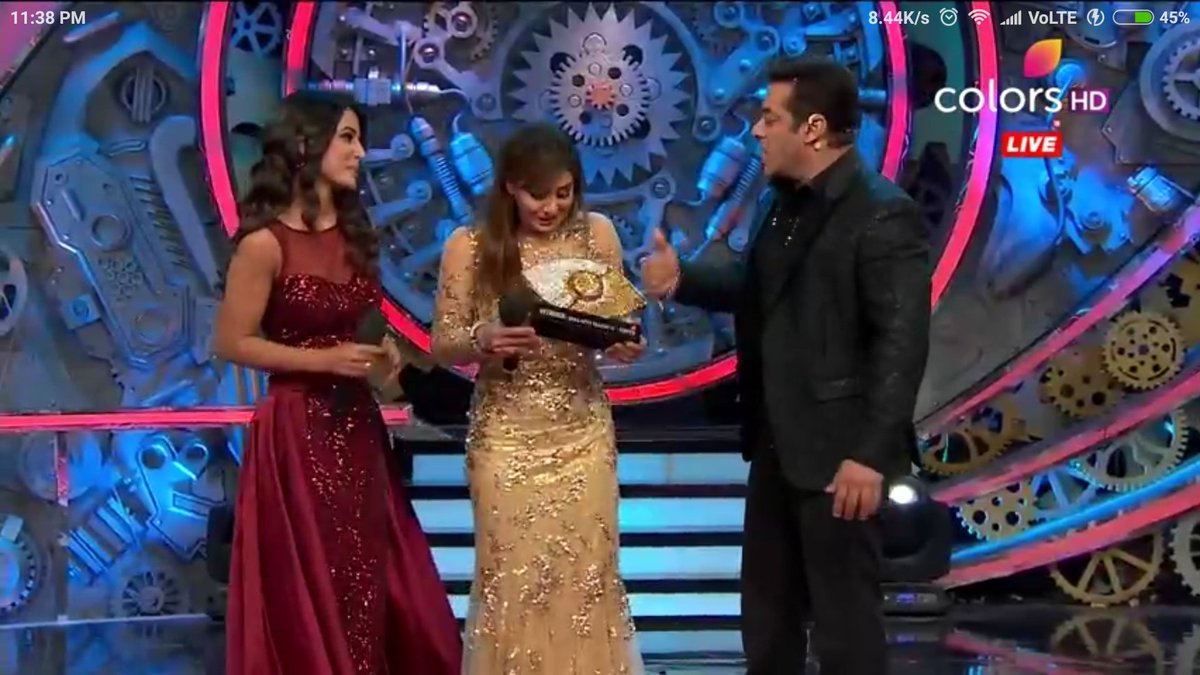 This is all from the last night of Big Boss 11:

.@BeingSalmanKhan has a fun activity planned with @akshaykumar. Keep watching the #BB11Finale to catch all the masti. pic.twitter.com/j8WaYbpaAX

Find out who will win #BB11. Join Pad Man and Sal Man tonight for the #BB11Finale at 9 pm only on @ColorsTV!@PadManTheFilm @BeingSalmanKhan @SonyPicsIndia @kriarj pic.twitter.com/HABGwKFbaJ

Lovebirds Puneesh Sharma and @BandgiK give a sizzling performance on 'Tip Tip Barsa Paani'. Don't miss their chemistry only on the #BB11Finale. pic.twitter.com/vgw5A9FqKs

Arshi Khan and @tentej show their moves on the #BB11 stage. Don't miss their amazing performance only on the #BB11Finale. pic.twitter.com/tfIi7JBIpN

Salman Khan promotes Padmaavat on Bigg Boss 11.
Puneesh Sharma is out of the finale race.

Akash Dadlnai has provided non-stop entertainment in the #BB11 house. Now, watch his even more entertaining performance on stage only in the #BB11Finale. pic.twitter.com/lJixMQwpdp

One of the most memorable moments from Shilpa’s journey was when her mother came on the show as a part of meet and greet episode.

Shilpa Shinde's mother visits the #BB11 house & she has some wise words for all the housemates! Tune in tomorrow to watch what she has to say! #BBSneakPeek pic.twitter.com/4pkvAeEYEG

So guys Big Boss 11 contestant Shilpa Shinde wins heart of many of her fans and becomes the winner of BB season 11. If you wanna Congratulate her then you can wish the same in below comment section.