Anup Jasleen Jodi becomes the most discussed topic in everywhere; either in the ‘BiggBoss’ house or on the internet- outside of the show. This Jodi is creating such buzz that makes the entertainment show ‘Bigg Boss” more entertaining. It has been informed by a special source that this Anup-Jasleen Jodi has been presented in this house in order to draw the kind attention and interest of elder generation towards this show. Their Jodi is very sporting; from household work to any task they have been seeing to perform always as an active participant. Meanwhile, we can see a rise of little arguments in this Bigg Boss house between this guru Anup Jalota and his disciple cum beloved Jasleen regarding a task. Undoubtedly, such a situation just added fuel to everyone’s excitement. Ultimately, it acquires tranquillity for god sake and Big Boss also arranges a dating party for this Jodi.

Bigg Boss 12 has picked momentum and is being loved by viewers now. The show, now, in its third week has picked up the pace and is making headlines for its controversial content. One Jodi that has created quite a lot of ripples both inside and outside the house, is of Anup Jalota and Jasleen Matharu. The couple, who is dating in real life, has made headlines for their relationship owing to their huge age difference. While Anup is 65 years old, Jasleen is 28. To add more oomph to their romance, Bigg Boss played the perfect mediator and organized for a beautiful and romantic date night. In a video that has gone viral, the two can be seen all decked up for their date. While Jasleen is seen wearing a beautiful gown, Anup is seen in his suit boot avatar. The two then can be seen indulging in a romantic banter. Anup and Jasleen also further danced to a romantic number and hugged each other. The couple spent romantic moments together on the show. Anup even went down on his knees and proposed to Jasleen yet again with a rose. 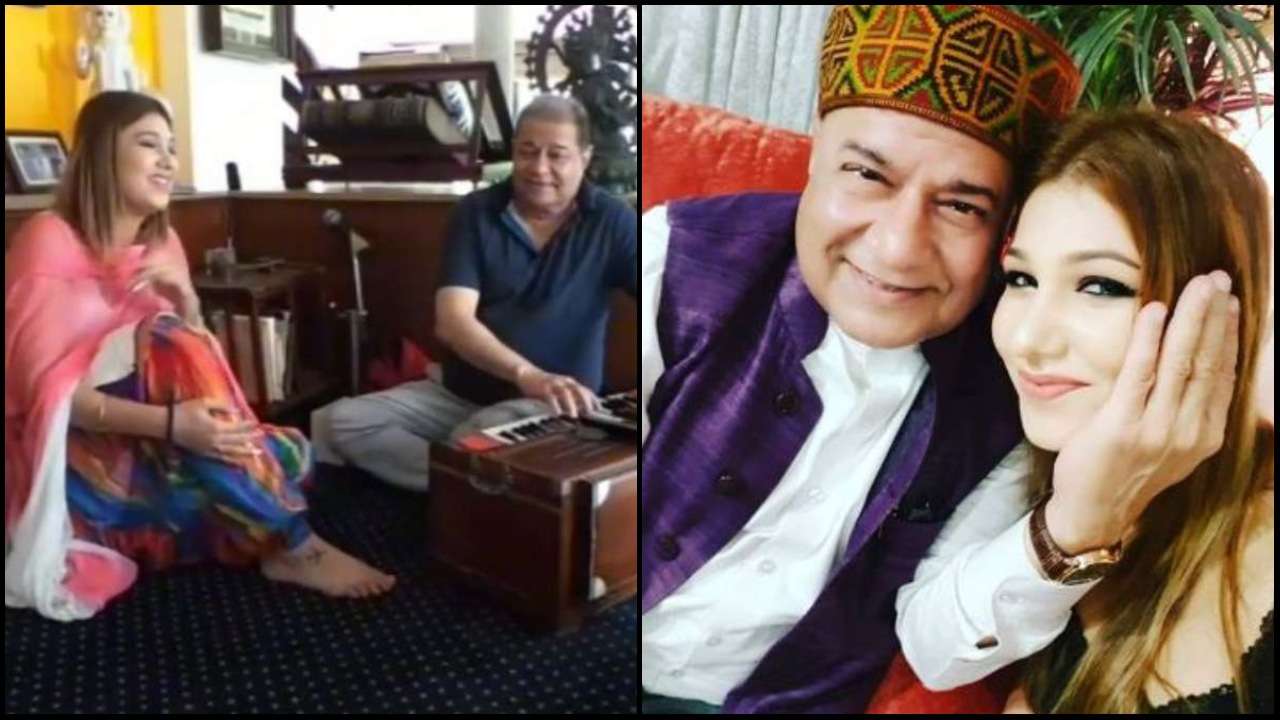 We come to know that it is not the first time for normal people who become aware of their Jodi, but Jasleen’s friend family circle also become aware until and unless This ‘Bigg Boss’ show has exposed anything. We have been dating each other for the last three and a half years. We usually don’t get time to spend time with each other in the outside world because of our busy schedule, but now with the help of Bigg Boss, we will get to do so. Also, we will get to know if we can stay together forever,” revealed Jasleen.