In his 17-year long career, Bollywood actor Akshay Kumar has won millions of hearts with his acting skills and charming looks. The actor, who has already given two hits this year (PadMan and Gold) is now gearing up for his upcoming release Housefull 4.

The film is the fourth instalment of the hit franchise Housefull and Akshay is presently shooting for the same. The movie is being produced by Sajid Nadiadwala and also stars Riteish Deshmukh, Bobby Deol, Kriti Sanon, Kriti Kharbanda and Pooja Hegde in the lead roles. 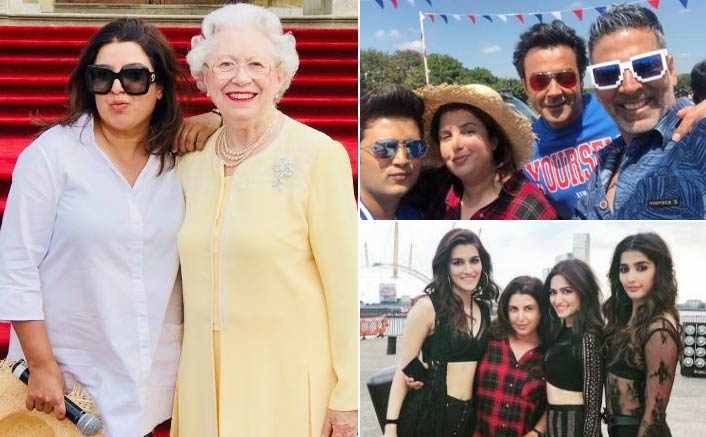 Recently, a still of the 51-year-old actor from the upcoming comedy film has been leaked online and is being shared by his fan clubs on social media. In the photo, Akshay is seen sporting a bald look with a handlebar moustache and he looks pretty intense in the shot. He is seen with a man whose face can’t be seen.

It seems that his look has been inspired by a historical character as the movie is reportedly based on the theme of reincarnation.

Earlier this year, Akshay was seen sporting a salt and pepper look for the film. Check out the actor’s still from the film below.

Meanwhile, the movie which is now being directed Farhad Samji has been in the limelight ever since actor Nana Patekar and filmmaker Sajid Khan were accused of sexual harassment.